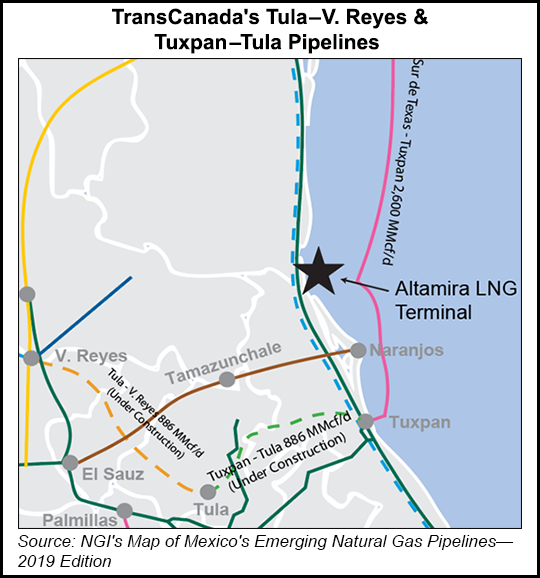 The expansion of the pipeline grid, which mostly occurred under the previous government, was meant to facilitate a massive shift from liquid fuels to natural gas as a cleaner and cheaper power generation source, and to take advantage of Mexico’s proximity to cheap and abundant shale gas produced in the United States.

However, Bartlett and President AndrÃ©s Manuel LÃ³pez Obrador, who took office Dec. 1, have since indicated that CFE will instead prioritize the modernization of the country’s existing hydroelectric, diesel, fuel oil and coal-fired plants to keep up with rising power demand.

During LÃ³pez Obrador’s Monday morning press conference, both he and Bartlett criticized CFE’s restructuring under Mexico’s 2013 constitutional energy reform, legislation which ended the state’s monopoly over the energy sector.

The two men specifically cited the creation of CFEnergÃ­a, a subsidiary of CFE dedicated to importing and marketing natural gas.

“If the pipelines can’t be built, as is happening with seven large gas pipelines, we have to pay the [developers], even though there is no gas,” LÃ³pez Obrador said. “There are seven delayed gas pipelines that will mean an outlay over the medium term of $21 billion by the [CFE].”

TransCanada and IEnova are joint developers of the approximately 800-kilometer, 42-inch diameter Sur de Texas-Tuxpan undersea gas pipeline, which is scheduled to enter service over the coming weeks and is backed by a 25-year supply agreement with CFE.

However, the startup dates of TransCanada’s Tuxpan-Tula and Tula-Villa de Reyes pipelines, which are essential for the undersea pipeline to operate at its full 2.6 Bcf/d capacity, remain unknown due to an impasse between TransCanada and the government of Hidalgo state.

Carso Energy, meanwhile, recently pushed back the expected in-service date of its 472 MMcf/d Samalayuca-Sasabe pipeline to May 2019 from December 2018, according to Genscape Inc. senior natural gas analyst Rick Margolin.

“If these contracts continue, CFE would truly be in a situation of collapse,” Bartlett said, stressing the urgency of “a reconstruction of these contracts that allows the transmission of gas to our country, but without these prices and these sanctions that are absolutely absurd for the CFE.”

LÃ³pez Obrador assured reporters that, “In no way will [the restructuring] be done by force. We want it to be done by voluntary participation,” and said that the government will call on companies to work out a “reconciliation plan to repair the damage.”

The press conference also included the reading, by Bartlett, of a list of former public officials in Mexico who contributed to what he called “the destruction” of CFE in order to benefit private enterprise.

The list included Carlos Ruiz SacristÃ¡n, who served as secretary of communications and transport under former president Ernesto Zedillo in the 1990s, and is now the chairman of IEnova.

IEnova “participates precisely in this problem of pipeline contracts that are, without a doubt, unfair,” Bartlett said.

Shortly after the press conference, IEnova published a statement highlighting the company’s 22-year history of operating in Mexico, and the fact that, “All of the company’s natural gas pipeline contracts with CFE were awarded under open, international public tender processes under international industry standards.”

“IEnova has a pipeline that entered in operation in May 2017,” the company said. “However, the service to CFE was interrupted by acts of sabotage suffered in August of 2017. The acts were reported to federal and local authorities.”

IEnova also pointed out that Ruiz SacristÃ¡n has not worked in the public sector since December of 2000.