Alberta’s oil production quota will increase by 25,000 b/d in May and another 25,000 b/d in June, the provincial government announced. 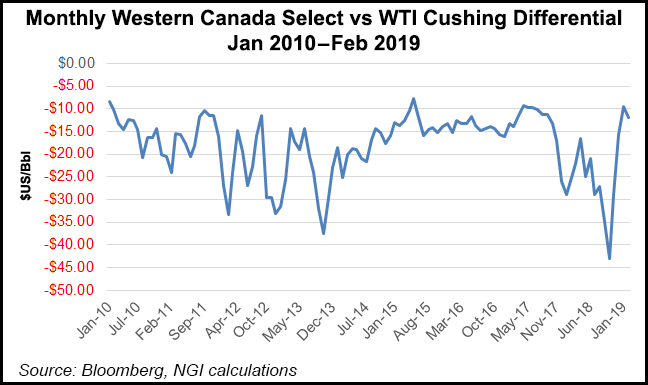 As of June 1 the Alberta quota will rise to 3.71 million b/d, an increase of 150,000 b/d since the government launched mandated reductions, with a January limit of 3.56 million b/d. The government in December announced a reduction of 325,000 b/d off the province’s oil production that began Jan. 1.

“We’re giving it away for next to nothing,” Alberta Premier Rachel Notley said at the time. “Every Albertan owns the energy resources in the ground, and we have a duty to defend those resources.”

The provincial treasury stands to gain C$1.1 billion ($880 million) this year in royalties and taxes if the production cut hits its target of raising the average Alberta oil price by US$4.00/bbl.