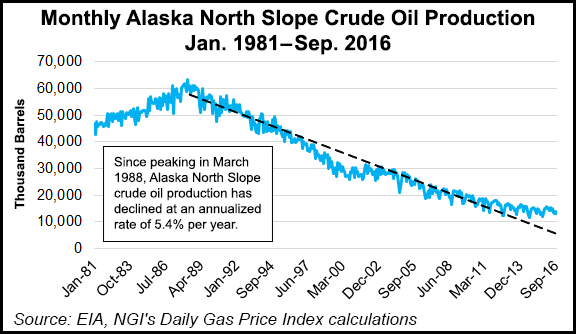 This year’s sale is the second-largest of its kind, based on acreage, since 1998, which is the year areawide oil/natural gas leasing began. By dollar amount, it is the third-largest, the division said. The division received 402 bids on 384 tracts for a total of 599,880 acres, with winning bids of just over $16.9 million.

In the Beaufort Sea sale, which was also held Wednesday, the division received eight bids on seven tracts totaling 33,460 acres, with winning bids totaling $870,431. The division did not receive any bids for lease tracts in the North Slope Foothills, the third sale held on Wednesday.

“This is great news — for the state and the industry,” said Gov. Bill Walker. “As Alaska grapples with a $3.5 billion deficit, these$17.8 millionoil and gas lease sales are the first stage to getting much-needed production in our state.”

The results are considered interim until the division of determines that the winning bidders are qualified and the bids valid.

Detailed preliminary results, once adjudicated, will be posted on the division website when available.

The three sales were announced in October and offered more than 5,000 tracts of state-owned acreage.