The U.S. Department of the Interior’s Bureau of Land Management (BLM) said it approved the development of up to 4,250 oil and gas wells for the Moneta Divide Project in Wyoming. 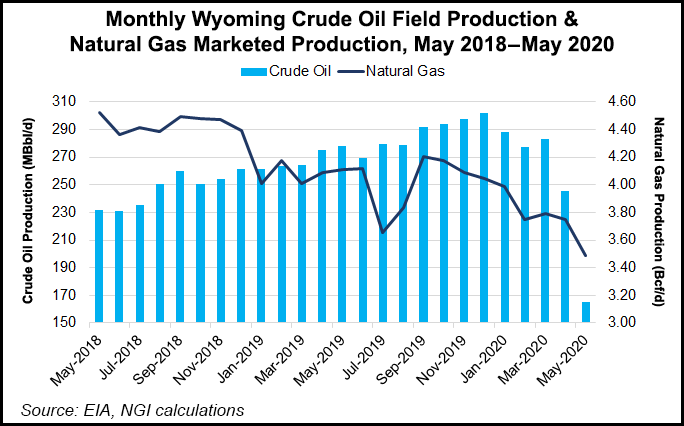 The project stretches across more than 327,000 acres of mostly public lands. Aethon Energy Management and Burlington Resources Oil and Gas Company LP proposed the project and won the approval. They plan to drill up to 4,250 vertical, directional and horizontal wells from single and multi-well pads over a 15-year development period.

“I appreciate all the hard work and attention put into this project,” Duane Spencer, the BLM’s Wyoming acting state director, said in a statement.

In total, the BLM said the Moneta Divide Project could span 65 years and generate approximately 18.16 Tcf of natural gas and 254 million oil bbl of oil.

While the decision gives Aethon and Burlington the thumbs up to launch development, the BLM said it will still require review and approval for each individual well as part of its application for permit to drill process.

Approximately 67% of the project area is on BLM-managed public lands, 10% is on state of Wyoming and state parks land, and 23% is on private land.

The project is 13 years in the making. It is an expansion of a previous project known as the Gun Barrel, Madden Deep, and Iron Horse Natural Gas Development Project (GMI Project). The BLM said it began preparing an Environmental Impact Statement for the GMI Project in 2008.

At that time, Aethon’s predecessor for the Moneta Divide Project, Encana Oil & Gas (USA) Inc., and Burlington, along with Noble Energy Inc., proposed to drill approximately 1,370 new wells within a 146,000-acre project area in the GMI federal units.