Portland, OR-based NW Natural expects to increase by up to 2% overall utility distribution supplies to renewable natural gas (RNG) this year in Oregon and obtain regulatory approval in Washington to offer the alternative fuel as an option. 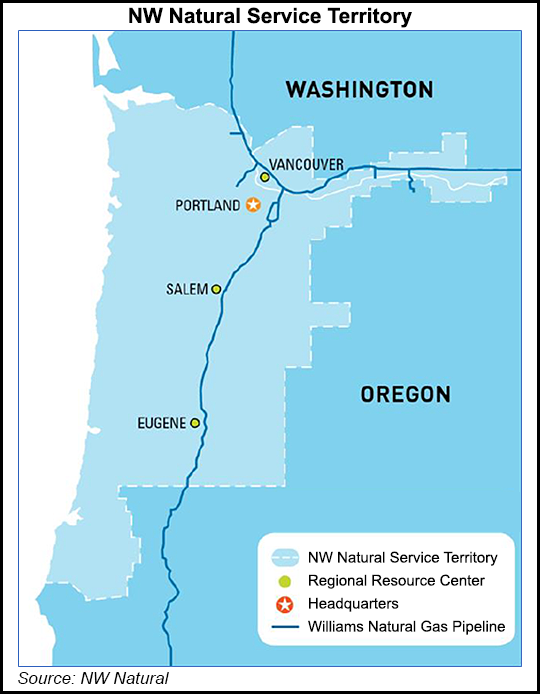 During a 4Q2019 earnings conference call, CEO David Anderson said the gas-only utility’s decarbonization strategy is moving ahead, focused on the regulatory steps needed to implement Oregon Senate Bill 98, which would allow it to acquire RNG for homes and businesses.

“We’re taking significant steps forward in our energy transition with the passage of Oregon’s groundbreaking natural gas legislation, and in 2020 we’ll be executing on several priorities regarding our low-carbon strategy,” Anderson said. Three projects are underway and to be completed this year that provide “roughly equivalent” to 2% of overall annual sendout.

For Washington customers, state House Bill 1257 allows the company to develop a tariff that would give it authority to directly purchase RNG for customers. A similar tariff is underway for Oregon, Anderson said.

Another phase of the decarbonization effort is identifying and signing contracts with the lowest methane emitting gas producers.

“We’re reaching across our entire value chain using an internally developed first-of-its-kind proprietary software program to measure methane emissions from our upstream providers, so now we can prioritize natural gas purchases from the most responsible, lowest-emitting producers, and without additional cost,” Anderson said.

Regarding future RNG investments, the company plans “to do as much as we can.” Oregon’s integrated resource plan process and the state senate bill provide another platform for future investments.

NW Natural has been bearing down on RNG for about two years, including a project with Portland, OR, which is the municipality’s top renewable program. “To already be at a point where we can get 2% of our sales from RNG with just a couple of years of work, I am very encouraged,” Anderson said.