An encouraging start is underway to add a private enterprise dimension to municipal government production of renewable natural gas (RNG) from urban and agricultural waste landfill sites, according to a French Canadian pioneer of the budding business field. 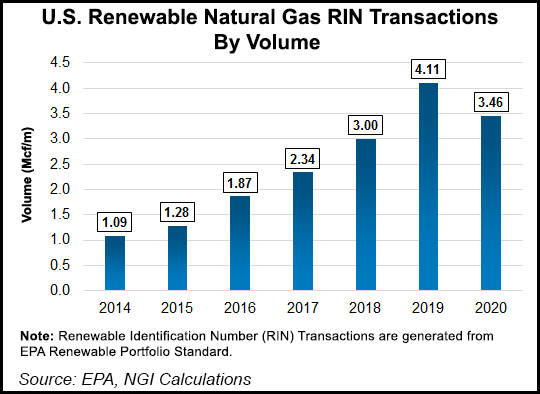 Montreal-based Xebec Adsorption Inc. said it has signed two new letters of intent to sell RNG installations that have the potential to become firm orders for construction in 2021 from utility and waste management companies.

The specialty’s future depends on government responses to green energy wish lists and its popularity among consumers, Xebec said in an annual information form report filed this spring for Canadian stock exchanges.

“In Canada, the government’s commitment to making budgetary funds available to companies involved in clean-tech — including that necessary for the upgrading of biogas — and the publication of the Clean Fuels Standards by the Canadian government, will likely be a strong driver for growth in the biogas industry,” said Xebec.

The outlook remains less clear in the United States, however.

“The biogas market in the U.S. is in its early stages of development,” Xebec said. “Regulatory mandates and incentives are being reviewed annually and updated to reflect technological advancements, current economic climate, and actual production and demand.”

Southern California Gas Co. is one U.S. utility that has been a proponent of RNG. It recently filed a stakeholders agreement calling for the Sempra Energy utility to begin a broad-based program to buy RNG to sell to homes and small businesses. Last year, the gas utility set a 20% target by 2030 for the amount of RNG to replace traditional natural gas.

A recent report by NGVAmerica and the Coalition for RNG concluded that 39% of on-road fuel used in natural gas vehicles last year was RNG. For the past five years, RNG use in transportation has increased an estimated 291%.

“Urgency, driven by new environmental targets and governmental policy/regulations incentivizing utilities and businesses to use renewable gases, has resulted in prices for RNG anywhere from $9-$105/MMBtu, or three to 30 times the price of fossil natural gas,” said the firm.