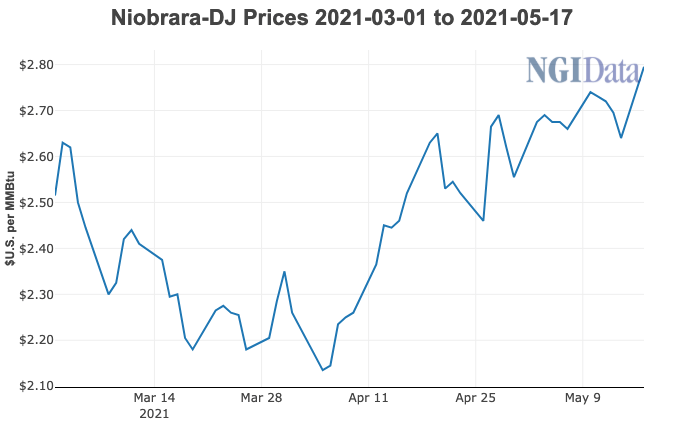 The trio on Wednesday announced a pilot project with Xcel purchasing natural gas from Crestone that has been certified as low-emission by Project Canary. The certified gas, known in the industry as “responsibly” sourced gas, would power Xcel’s operations. Xcel is a partner and investor in Energy Impact Partners, which recently made an investment in Project Canary.

An unnamed fourth partner, described in the announcement as a “European multinational energy utility engaged in both domestic and international energy markets,” would market Crestone’s production.

“We are committed to reducing methane emissions from our own operations and using our buying power to encourage our suppliers to reduce their emissions as well,” said Xcel Energy-Colorado President Alice Jackson.

Xcel, which has almost 3.5 million customers in Colorado, Michigan, Minnesota, New Mexico, North Dakota, South Dakota, Texas and Wisconsin, claims to be the first major power producer in the United States to announce a goal of 100% carbon-free electricity by 2050. In Colorado, it announced a plan earlier this year to cut carbon emissions by 85% by 2030 over 2005 levels, more than is required by state regulators.

Crestone, which operates in Colorado’s Denver-Julesburg Basin, would be the first producer in the state to use Project Canary’s Trustwell certification process on 100% of its current production volumes. Crestone said it plans to use Project Canary’s independent, real-time methane emissions monitors, building on its decision last year to place monitors on well sites representing about 80% of production.

More oil and gas producers have announced plans to develop RSG with certification as a key component amid building pressure from customers and regulators to lower their emissions profiles. Players such as Appalachian Basin-focused EQT Corp. and multi-basin producer Chesapeake Energy Inc. have recently announced RSG pilots.

Colorado, which has some of the strictest oil and gas rules in the United States, has also seen a recent string of certification announcements. Those include Bonanza Creek Inc.’s and Extraction Oil & Gas Inc.’s ambitions to form Colorado’s first carbon-neutral producer when their planned merger closes.

Separately, Xcel said CEO Ben Fowke would retire from the role in August but stay on as executive chairman of the company’s board of directors during an unspecified transition period. Fowke, who joined Xcel in 2016, led the company in developing its decarbonization strategy.