Minneapolis-based Xcel Energy Inc. said its Colorado utility’s alternative energy plan should provide customers with an estimated 85% reduction in carbon dioxide (CO2) emissions by 2030 from 2005 levels, which is more reductions than required by state law. 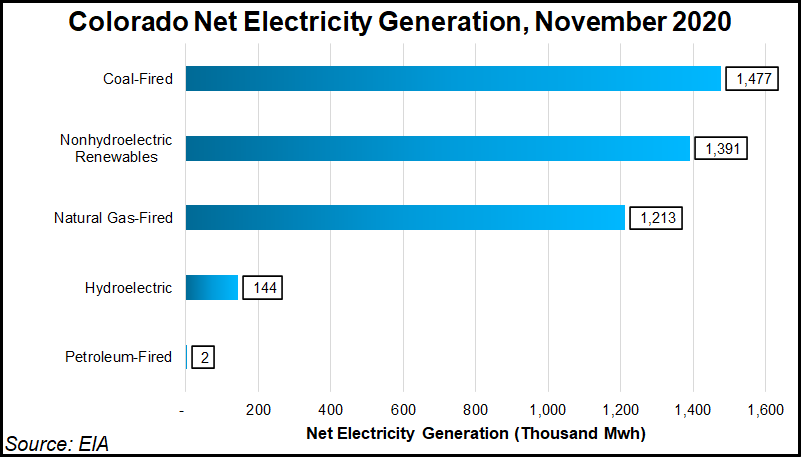 The Colorado plan includes adding around 5,500 MW of wind and solar capacity, as well as battery storage. The company also plans to minimize coal plant operations by 2030, setting the stage to retire all remaining coal units during the 2040s.

While the number of coal plants to be retired is exceptional, Xcel said “no layoffs are anticipated at any” plants affected by the plan. The Colorado unit plans to work with union leaders to manage the transition through attrition, retirement and retraining.

“Many electric utilities have set goals that could put them on a path consistent with the science,” said Western Resource Advocates president Jon Goldin-Dubois. “What sets Xcel Energy apart is that they continue to be willing to work in partnership to realign their business to develop concrete plans to achieve the ambitious emissions reduction goals from electricity generation that are necessary to address climate change.”

In similar news, Xcel said it broke a record for a single-year drop in emissions for the second year in a row, moving it closer to a goal of delivering 100% carbon-free electricity to customers by 2050.

“Even after factoring in the effect of the global pandemic on our operations, we are well on our way to achieving our goal of reducing carbon emissions 80% by 2030 and are more than halfway to delivering 100% carbon-free electricity to our customers, all while keeping their service reliable and energy bills low,” said Xcel CEO Ben Fowke.

Multiple factors contributed to the 2020 carbon reduction results, according to the company.  On top of the pandemic’s role in reducing the electricity sales by about 3%, the added wind and solar systems assisted in the company’s 12% reduction in megawatt hours from coal and natural gas generation.

Additional factors that contributed to the 12% reduction last year include the company’s use of natural gas as a backup and “pushing the envelope” with its remaining coal plants following the wind and sun.

The company reported that since 2005, it has reduced carbon emissions by 51%. Xcel estimated that it would have 35% of its energy mix made up of wind by the end of 2021. With the wind generation expansion, the company said it had reported about $430 million in fuel savings for its customers between 2017 and 2020.