Wyoming’s Oil and Gas Conservation Commission (OGCC) on Tuesday established a baseline groundwater testing rule for oil and natural gas operators to following in their exploration and production (E&P) work. 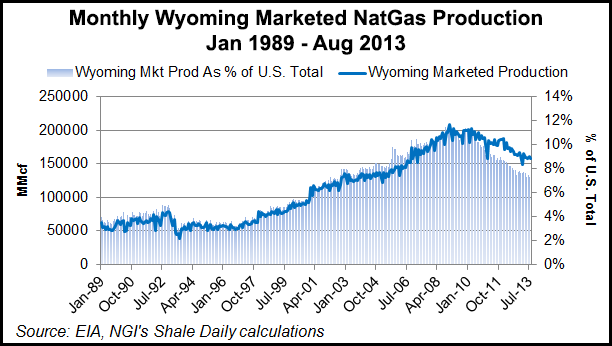 The action adopted an initiative by Gov. Matt Mead, one of three statewide elected officials on the OGCC, and was lauded by the Environmental Defense Fund (EDF) and Wyoming Outdoor Council.

The new rule requires the oil/gas E&Ps to test existing water sources before and after drilling of a well. It also requires landowners to give consent for operators to sample the “permitted or adjudicated” water sources, including domestic, stock, industrial, irrigation, municipal or other permitted uses of water.

EDF and the Outdoor Council described the new statewide requirements as requiring oil/gas operators to “scientifically establish and monitor the quality of groundwater around sites prior to, during, and after oil/gas development.” The groups said the rule will be a model for the rest of the nation.

Noting Mead and other Wyoming officials had “shown great leadership” on the issue, the Outdoor Council’s Richard Garrett, an energy policy analyst, said that the governor was right, “and just about everyone agrees, collecting baseline water quality data prior to drilling, and the following up with post-completion sampling are necessary steps.”

EDF’s Jon Goldstein said the state should be “proud” of this rule. “It sets a new national standard for groundwater baseline testing and monitoring” related to oil/gas work.

For his part, Mead thanked the EDF, Outdoor Council and Petroleum Association of Wyoming for their support in providing what he called “constructive input. This is another example of Wyoming leading the nation in striking the right balance between producing needed energy and protecting our natural resources.”

The new approach was submitted in July, then after 10 days of a review by Gov. Mead’s staff and 45 days for more public comments, the three-member OGCC was able to vote on the proposal (see Shale Daily, July 22).