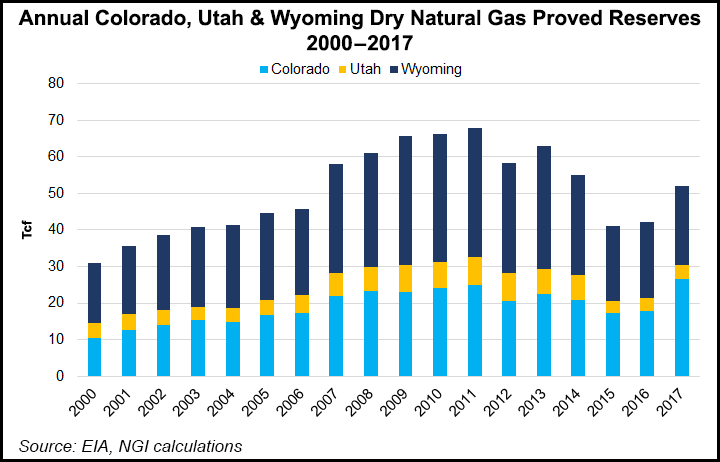 Gordon recently joined the newly formed Western States and Tribal Nations (WSTN) through a memorandum of understanding (MOU). WSTN is the byproduct of a report released in April by the Consumer Energy Alliance (CEA) outlining how U.S. gas resources can help fuel regional and global communities.

The CEA report concluded that “strong and growing demand” for liquefied natural gas (LNG) in the Pacific Basin was a ready driver for western gas supplies, such as the Uinta and Piceance basins in Utah and Colorado, respectively.

Wyoming’s new MOU adds the state’s pipeline authority to WSTN, and the gas report will be expanded to include Wyoming’s natural gas reserves, infrastructure capacity, and potential to serve the international LNG markets. The report already has confirmed that pipeline takeaway capacity is abundant throughout the West.

“Wyoming has abundant gas, and we have worked long and hard to maximize the value of that resource to our residents,” Gordon said. “This coalition allows us to partner on additional efforts to develop gas responsibly and ensure it is used to meet the energy needs of America and the world.”

The group will focus on providing leadership and developing a strategic, collaborative approach toward gas development, according to Wyoming governor’s office spokesperson Michael Pearlman.