The Wyoming Energy Authority is seeking feedback, comments, and questions regarding a planned request for proposal on the design and/or construction of a hydrogen project. 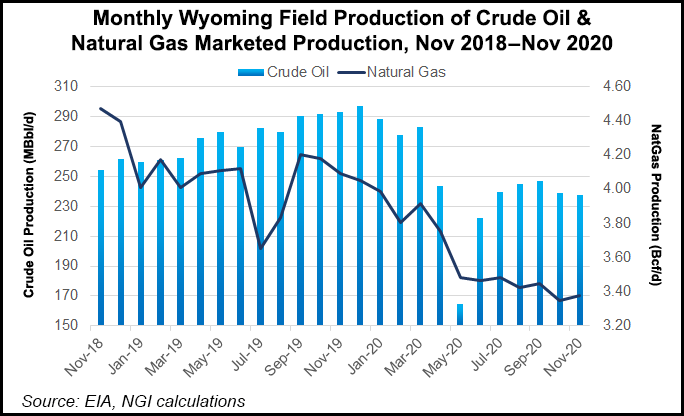 Specifically, the “Design and/or Construction of a Pilot Plant Demonstrating ‘Green’ or ‘Blue’ Hydrogen Production” project proposal seeks to assess the viability of hydrogen in the Wyoming energy economy.

Additionally, respondents can include questions or comments related to the upgrading of hydrogen to ammonia and other hydrogen-based products, the transportation of hydrogen, the use of hydrogen as an energy carrier and storage mechanism, and co-firing or other hydrogen utilization options.

According to the Wyoming Energy Authority, while proposed funding could be leveraged from limited state funds in addition to outside funds, respondents may offer insight to what the appropriate levels of monetary support from the state may be.

Because it does not emit greenhouse gases (GHGs) when burned, hydrogen is becoming increasingly popular as oil and gas majors have begun to tout their commitment to clean energy.

In terms of reducing GHGs, major oil and gas companies are promising to lead the charge, first by developing blue hydrogen because it is less expensive than its green sibling.

Earlier this month, the coalition Hydrogen Future was formed to advocate for hydrogen’s role in the national energy transition. Additionally, in his State of the State Address, North Dakota Gov. Doug Burgum noted that hydrogen could play an important role in the state’s energy mix.

The Department of Energy recently unveiled $100 million in funding to go toward research and development of new technologies needed to decrease GHG, including the development of  hydrogen energy solutions.

Submissions of information or questions for the Wyoming Energy Authority should be submitted via email to anja.bendel@wyo.gov by 5:00 PM MT on March 5, 2021. Submissions should include a company name, address, and point of contact.