After multiple ownership changes and unsuccessful attempts to land overseas sales contracts since 2008, the first Canadian effort to pioneer entry into the global liquefied natural gas (LNG) trade is losing its last participant. 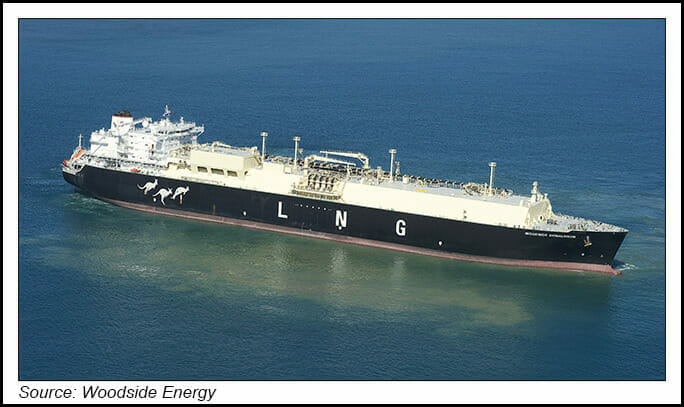 Woodside, which holds a 50% participating interest, said it would book a loss of up to $60 million on the project. An exit would include the divestment or wind-up and restoration of assets, leases and agreements covering the 480-kilometer Pacific Trail Pipeline route and the site for the planned LNG facility at Bish Cove.

The Australian firm is keeping an interest in the northern BC Liard Basin, as “a low-cost option to investigate potential future natural gas, ammonia and hydrogen opportunities.”

Like Chevron, Woodside vowed to concentrate on stronger projects that are currently under construction or within months of starting. Woodside said its stars are its Sangomar oil platform offshore of Senegal and Scarborough LNG in Western Australia.

Industry analysts and LNG development supporters in BC rated the end of Kitimat LNG as no surprise after its prolonged struggles, and pointed out that growth prospects on Canada’s Pacific coast are outlasting the Chevron and Woodside departures.

At Kitimat, native Haisla Nation-owned Cedar LNG is advancing toward regulatory approval for a C$1.8-2.5 billion ($1.4-2 billion) proposal for capacity to export 400-500 MMcf/d. On the southern BC coast near Vancouver, Woodfibre LNG has secured a customer for more than 70% of its planned capacity by landing a second sales contract with BP Gas Marketing Ltd. An investment decision to start construction could come this year.