American households can expect significant increases in home heating costs this winter, including a 30% increase in natural gas expenditures versus last winter, according to the U.S. Energy Information Administration (EIA). 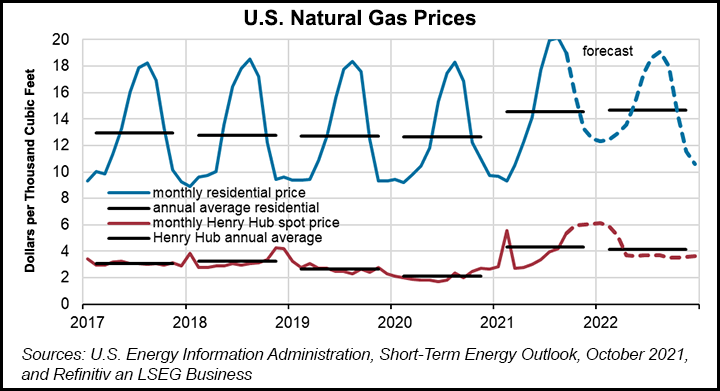