Northern Oil and Gas Inc. has signed a definitive agreement with WPX Energy Inc. to build its Williston Basin portfolio with the $1.5 million cash purchase of about 320 acres. 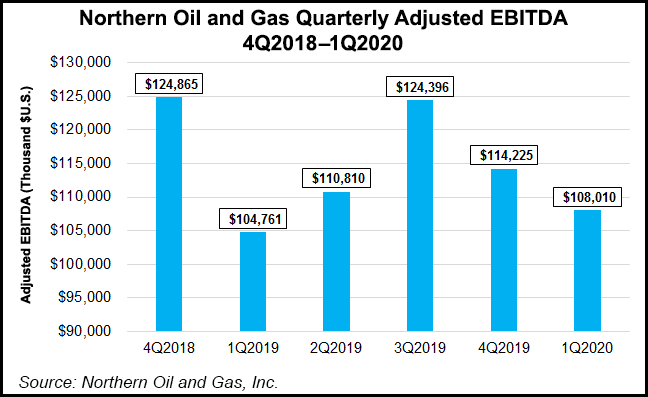 Closing of the deal, announced Wednesday, is set for July 1, and it would hand Northern additional assets in its core operating area. At the end of 2019, Northern held 182,854 net acres targeting the Williston’s Bakken Shale and Three Forks formations.

“We have consistently believed this environment would create opportunities for our shareholders in 2020 and beyond, and budgeted for opportunities like this,” said COO Adam Dirlam.

“This acquisition, while modest in size, is located in the heart of the core with one of the top operators in the Williston Basin and highlights Northern’s competitive advantage as an actively managed nonoperator. We expect this deal to be materially accretive to cash flow in 2021, yet represents no additional capital spending to our stated 2020 budget.”

The acquisition cost and associated development capital was accounted for in Northern’s recent 2020 capital budget. In March the independent cut its capital budget for 2020 by more than 55% to about $200 million.

Since signing the agreement with WPX, Northern has received nine gross well proposals to fully develop the Williston unit, which consist of 2.1 net wells. Including development capital and acquisition costs, Northern predicted a payback period of less than 18 months.

Through 2021, Northern expects to generate around $12.5 million in development capital, with initial sales in the first quarter of 2021. About 1,200 boe/d is expected to be produced from the acquired WPX properties.

Northern also said it has entered into additional crude swaps to protect 1,500 boe/d at an average of $45.48/boe.