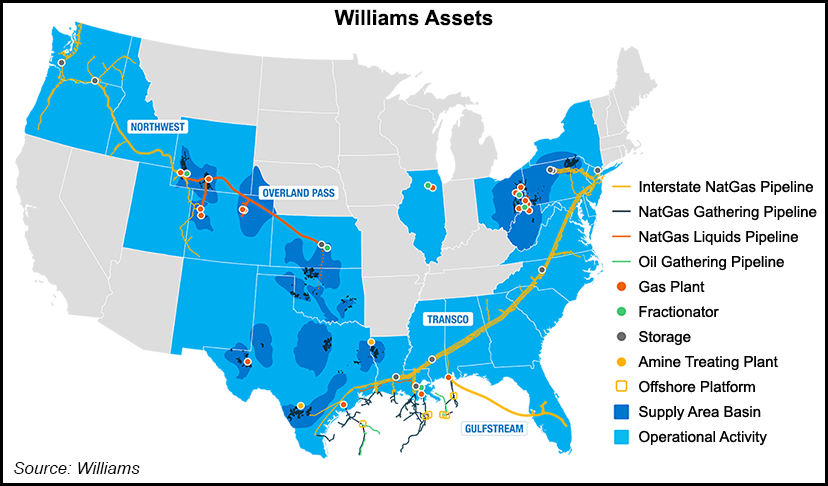 The midstreamer, whose pipeline network spans more than 30,000 miles, plans to develop a series of solar photovoltaic farms to help power its gas transmission and processing operations.

“Given the current market structures and tax incentives, we are able to make these attractive incremental investments while continuing to enjoy the reliability that the grid provides via natural gas fired power generation,” said CEO Alan Armstrong. “In addition, solar installations at self-consuming industrial sites like this make more sense because there is less incremental land use and less power transmission voltage losses.”

The solar farms are to range in capacity from 1 MW to 40 MW, the company said, noting that operations currently draw a combined average of more than 400 MW of electricity from the grid.

The company expects agreements with local utilities would allow the sale of excess solar power to be sold back into the grid.

The solar farms are expected to begin entering service in late 2021.

“Natural gas is key to our country’s ability to add more renewable energy to the power grid in large volumes,” he said.

In related news, the Energy Information Administration (EIA) said Thursday renewable energy consumption in the United States surpassed that of coal in 2019, the first time since 1885 that this has occurred. Onshore gas accounted for 36%, with wind at 39.6% and solar at 23%, of the roughly 23 GW in new generation capacity added in the United States last year, according to EIA.