With an eye on increased development activity in Wyoming’s Wamsutter field, Williams is teaming with Denver-based Crowheart Energy in a joint venture (JV) that consolidates more than 1.2 million net acres across the tight natural gas reservoir. 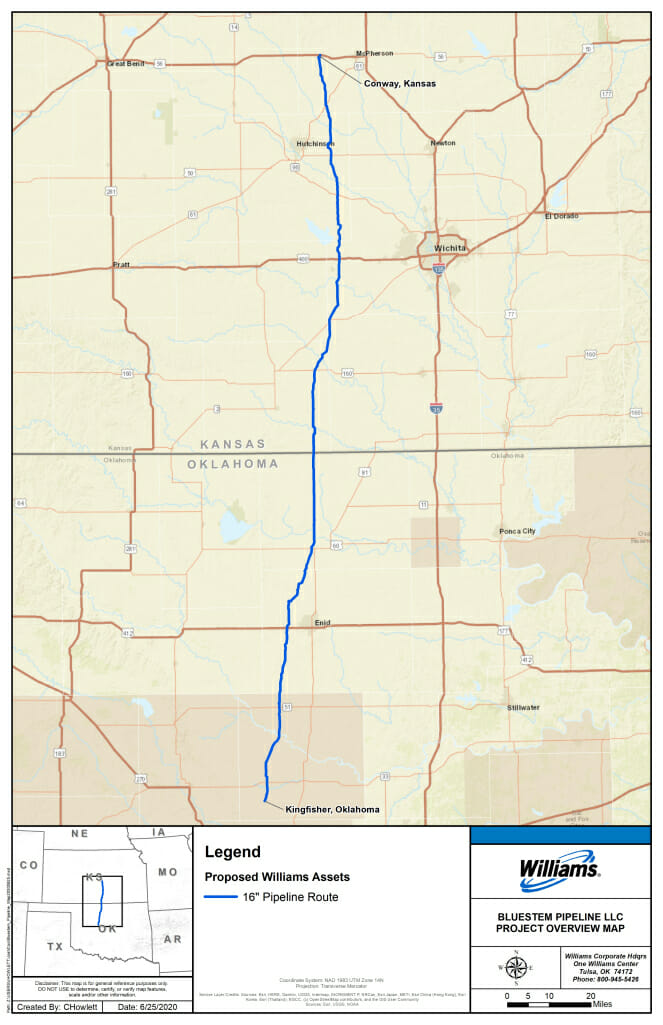 The tie-up combines the legacy Crowheart, BP plc and Southland Royalty Co. LLC upstream assets into one contiguous footprint in the Greater Green River Basin to unlock long lateral development. The assets consist of more than 3,500 operating wells and 3,000-plus potential development locations.

Crowheart, founded in 2017 in partnership with The Madava Group, is to operate the parties’ consolidated upstream position under the JV agreement. Tulsa-based Williams would continue to operate and retain full ownership of its midstream assets. It also would retain real estate, surface and other rights designed to enable further expansion of midstream and renewable energy opportunities in Wyoming.

Residue gas from the jointly held assets is to be aggregated for downstream marketing and transportation. This would create “opportunities for enhanced margin” as well as downstream fee-based revenue, according to Williams.

“The existing large-scale and efficient infrastructure will allow this resource to be produced in an environmentally responsible manner,” Williams management said.

The midstreamer has set a near-term goal of reducing its greenhouse gas emissions by 56% by 2030. To accomplish this goal, it plans to leverage technology currently available to reduce emissions, scale renewables and build a “clean” energy economy. It also recently signed a deal with Microsoft Corp. to develop plans for a hydrogen economy, renewable natural gas products, carbon capture utilization and storage, as well as new energy storage possibilities.

“With Crowheart as our operating partner, we position the upstream platform with a proven in-basin operator who is committed to optimizing and developing the consolidated assets,” Zamarin said.

Meanwhile, the Wamsutter consolidation marks a “transformational milestone” for the Greater Green River Basin, according to Crowheart Chairman Robb Turner.

This is the second corporate transaction this month for Williams, which operates more than 30,000 miles of pipelines across the Lower 48 and into the deepwater Gulf of Mexico. The company completed the purchase of Sequent Energy Management LP and Sequent Energy Canada Corp. from Atlanta utility Southern Company on July 1.

Meanwhile, the increased throughput of NGLs on Williams’ Overland Pass and Bluestem pipelines comes amid a bullish outlook for 2021. Raymond James & Associates Inc. in April said while domestic oil production has risen this year, NGL output is not expected to accelerate substantially until at least later this year. Demand for NGLs derived from oil, meanwhile, is holding strong.

Tudor, Pickering, Holt & Co. (TPH) analysts said the contract terms in the JV agreement reduce Williams’ remaining commodity exposure, as all three legacy footprints are underpinned by an expanded fixed-fee gathering and processing arrangement. The firm views the partnership as “consistent with messaging and expectations.”

The TPH analysts noted that Williams successfully converted a portion of upstream exposure into midstream contracts. In addition, there is potential upside from future volume growth, “which should help offset the impact of rolling Wamsutter minimum volume commitment agreements ($11 million in 1Q2021) and natural base declines.”