Williams, which owns one of largest natural gas pipeline systems in the United States, has set a near-term goal of reducing company-wide greenhouse gas emissions from 2005 levels by 56% by 2030. 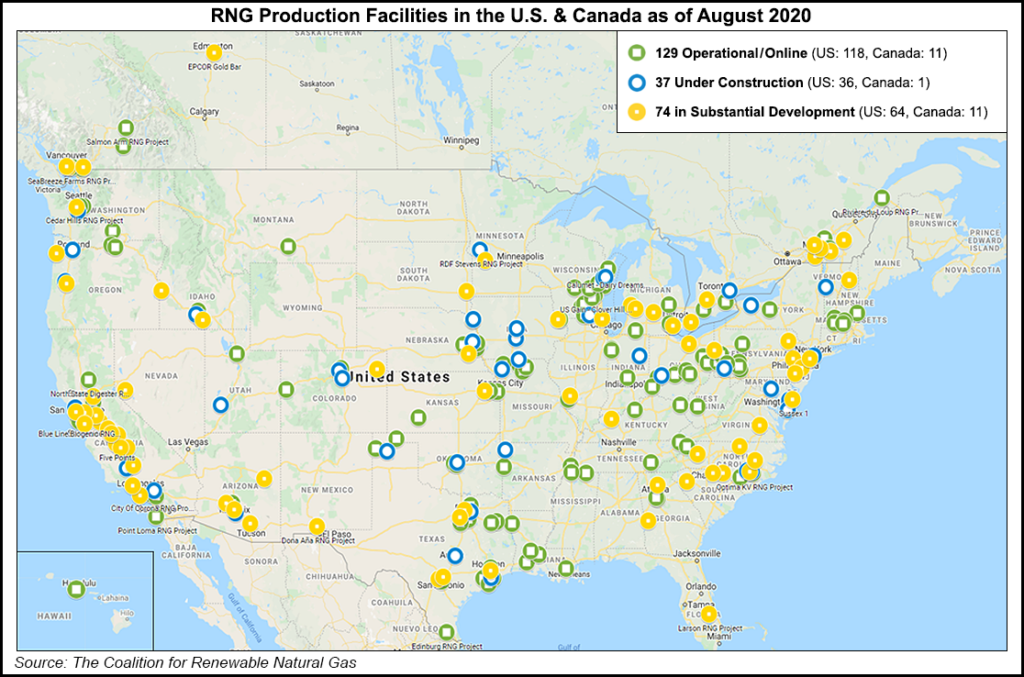 “We believe we can successfully sustain and evolve our natural gas-focused business as the world moves to a low-carbon future, while also helping our customers and stakeholders meet their climate goals,” said CEO Alan Armstrong.

The Tulsa-based pipeline operator, which operates more than 30,000 miles of pipelines led by the Transcontinental Gas Pipe Line, aka Transco, aspires to net zero carbon emissions by 2050.

“As one of the largest energy infrastructure companies in the U.S., we see firsthand the important role natural gas plays today in a viable and sustainable low-carbon future, and we know that natural gas is critical to addressing climate change. It creates a practical and affordable solution for immediately reducing emissions both here and around the world. It also is key to maintaining reliability and enabling scaled use of renewable energy,” Armstrong said.

To reach its 2030 target, Williams is pursuing methane reduction opportunities through leak detection and repair, work practice improvements, and evaluating equipment upgrades, according to a company statement.

Other efforts include exploring renewable energy opportunities, including renewable natural gas (RNG) and solar energy. Currently, Williams delivers RNG by partnering with energy companies in Washington, Idaho, Ohio and Texas to transport methane emissions captured from landfills or dairy farms where the methane is a byproduct of the waste decomposition process.

Williams’ long-term path to net zero by 2050 includes preparing for breakthrough technologies in carbon capture, synthetic gas and hydrogen as a fuel source, according to the company.

Williams executives in a second quarter earnings call said Lower 48 gas demand on their lines in 2Q2020 rose 2% from a year earlier.