In the wake of the milestone decision by federal officials to not list the greater sage grouse as endangered or threatened, Wyoming Gov. Matt Mead late Tuesday said he intends to pursue a regional initiative to reform the Endangered Species Act (ESA) as incoming Western Governors’ Association (WGA) chairman. 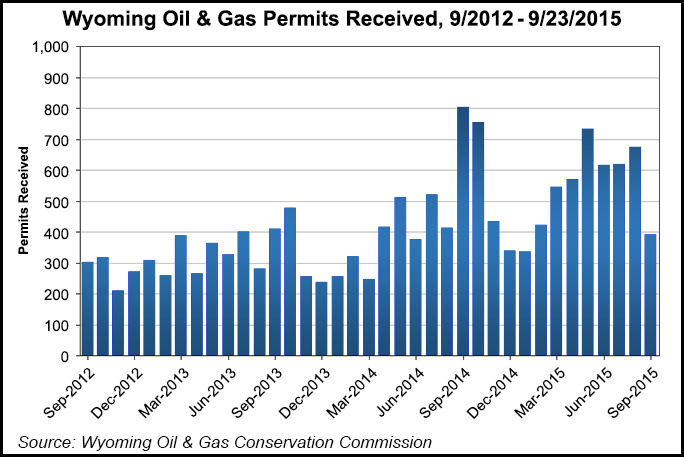 As the incoming chairman, Mead said ESA reform is one of his key initiatives, and the greater sage grouse issue has added some momentum going into next year when the western governors meet.

“We want to see what people not only in Wyoming but across the West see as the challenges to the ESA — where it is working and where it is not working so well,” said Mead who spoke to reporters in Cheyenne. He held a press conference following the federal sage grouse decision announcement in Colorado (see Daily GPI, Sept. 22). “I will compile that input and take it to the western governors.”

Mead said he and his WGA colleagues would review the information in March prior to possibly drafting resolutions to consider at their meeting in June.

“This isn’t a case of me setting down a list of all the things I want to do, and then saying do it,” Mead said of the ESA. “What we’re trying to do is get input on both the good and the bad.”

If the ultimate recommendations adopted by the WGA would require changes in the robust federal law, the governors would lobby Congress, he said.

“We want to provide a positive influence for Congress, if that is where we go, or to the U.S. Fish and Wildlife Service if it’s regulations only we seek, on how we could improve the act.”

During the news conference Wyoming’s chief sage grouse program leader, Bob Budd, explained that in parts of Sublette County where there is a substantial winter habitat, an oil and gas operator has agreed in writing not to proceed with work until the science establishes without a doubt that the area in question is not used for breeding.

“The company has said in writing that there will be no development in the winter concentration area until we know what the tolerances are,” said Budd. “I don’t know if you can get much more protection than ‘no development’.”

Mead called the federal sage grouse decision a “victory for Wyoming and all the western states.” As a result of not listing the bird, states would be able to “to continue to have robust oil and gas development” while not only ensuring habitat is sound for the sage grouse, but “many other species.”

Mead said there was “pretty good evidence” the state’s plan was working. He cited the increase in the male grouse population over the past two years, which is up 66%.