A Moundsville Power LLC representative told local government officials in West Virginia this week that construction of its 595 MW natural gas-fired power plant is likely to be delayed as it deals with an appeal to its air quality permit, according to reports. 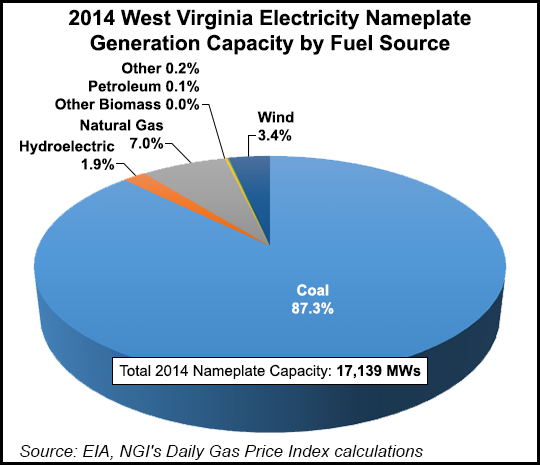 The coal-backed Ohio Valley Jobs Alliance filed an appeal to the air permit last year, arguing that the facility threatens local jobs. A Moundsville Power representative told the Marshall County Commission that construction, which was slated to start this month, would likely be delayed “a few months” as the company works through the process of resolving the appeal.

Construction on the project was initially set to begin late last year, but some permits were still pending at the time. The company told the commission on Tuesday that it was ready to break ground this month and added that it is still targeting a 2018 in-service date.

The power plant would be built on a 37-acre plot south of Moundsville on the site of a former chemical plant. The company has said it would use $105 million of natural gas and ethane annually from the Marcellus and Utica shales, be one of the state’s largest consumers of gas and the first facility in the United States to burn ethane to generate electricity.

An economic impact study by Witt Economics of Morgantown, WV, found the project would average more than 400 construction jobs and have an annual economic impact of about $815 million. The facility is expected to employ 30 people once it’s operational.

The Ohio Valley alliance has been critical of such projects in the Appalachian Basin. It wrote in a blog post last month on its website that many of the projects are “pipe dreams” pitched by out-of-state developers getting “sweetheart” tax and land deals that threaten the region’s more traditional jobs.

Dozens of natural gas-fired power plants have been announced or approved in nearby Ohio and Pennsylvania (see Daily GPI, May 13). But Moundsville is West Virginia’s only approved natural gas combined cycle facility being developed to take advantage of the state’s robust shale gas supplies. Developers behind the project also have plans to build two others in the state in Harrison and Brooke counties (see Daily GPI, Aug. 16).