West Virginia’s severance tax revenues for fiscal year 2016 came in $195 million below projections, capping what officials characterized as a brutal year for the state’s energy industries. 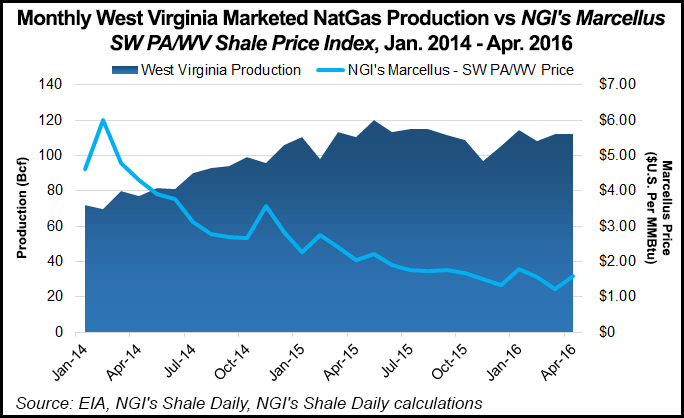 “Due to unprecedented challenges in the energy markets, this was one of the most challenging budget years I have dealt with in my 42 years of public service,” Gov. Earl Ray Tomblin said Friday, when state officials announced revenue results for the state’s fiscal 2016, which ended in June. “By making reasonable cuts and using some one-time money, we were able to finish the year with a balanced budget while also maintaining important payments on our long-term liabilities.”

Tax collections for 2016 were $203 million below projections at the start of the year, driven in large part by declines in severance tax revenues from the state’s natural gas and coal industries. Severance tax revenues totaled $276.4 million in 2016, well below the $471.7 million the state had initially projected and down sharply from the $414.2 million it collected in fiscal 2015.

“Every energy state in the nation is struggling with the same kind of challenges that face West Virginia. Even back in the 1980s, we didn’t see anything like what we saw last year,” said state Revenue Secretary Robert Kiss.

Sitting atop the prolific Marcellus Shale, West Virginia’s natural gas production has remained near peak levels despite the commodities downturn, ending April at just over 112 Bcf in gross withdrawals, according to data from the Energy Information Administration. But a sharp decline in prices, worsened by large Appalachian basis differentials, has contributed to West Virginia’s recent budget woes.

The state did manage to pass a balanced budget, relying on $137.8 million in mid-year budget cuts and the reallocation of various other funds. The state also drew $98.6 million from its Rainy Day Fund.

Tomblin and the West Virginia Legislature engaged in a prolonged debate on how best to balance the state’s budget (see Shale Daily, June 3). Last month, the two sides eventually reached a compromise that included a controversial tax increase on tobacco products, something Tomblin had proposed to generate additional revenues.