The West Virginia Legislature has passed a bill establishing a $2,500 fee for producers that want to make modifications to existing horizontal natural gas well permits. 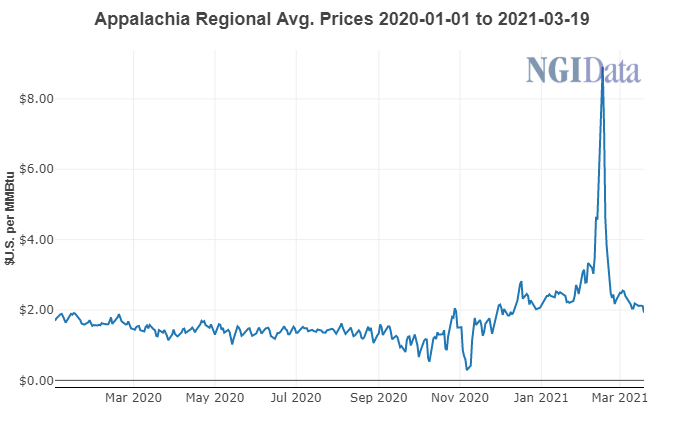 Senate Bill 404 passed both Republican-controlled chambers last week and is headed to Republican Gov. Jim Justice’s desk, who is expected to sign it. The bill was introduced in February and ultimately passed as the West Virginia Department of Environmental Protection (WVDEP) faces a $1 million budget shortfall.

Producers that want to modify a previously issued permit would have to pay the fee. There is currently no fee for modification requests. A permit to drill a new well can cost upwards of $10,000, with more fees charged for expedited review and the permitting of additional wells on a pad.

DEP said in fiscal notes on the bill that it expects to receive about 200 modification requests annually, which could increase revenue by $500,000.

But despite recent increases, industry growth has slowed as producers extract more from fewer wells. Activity in the basin has declined along with commodity prices and restive investors searching for more financial discipline.

WVDEP, which maintains records on over 55,000 active and 12,000 inactive wells across the state, has seen its revenues decline along with the slowdown. It needs roughly $1 million to help pay for staffing, which declined last year as Covid-19 had a particularly deep impact on the energy industry that forced regulatory cuts as well.