The Department of Energy (DOE) has announced $40 million in weatherization funding for programs that aim to accelerate electrification in homes and create zero-emission communities across the United States. 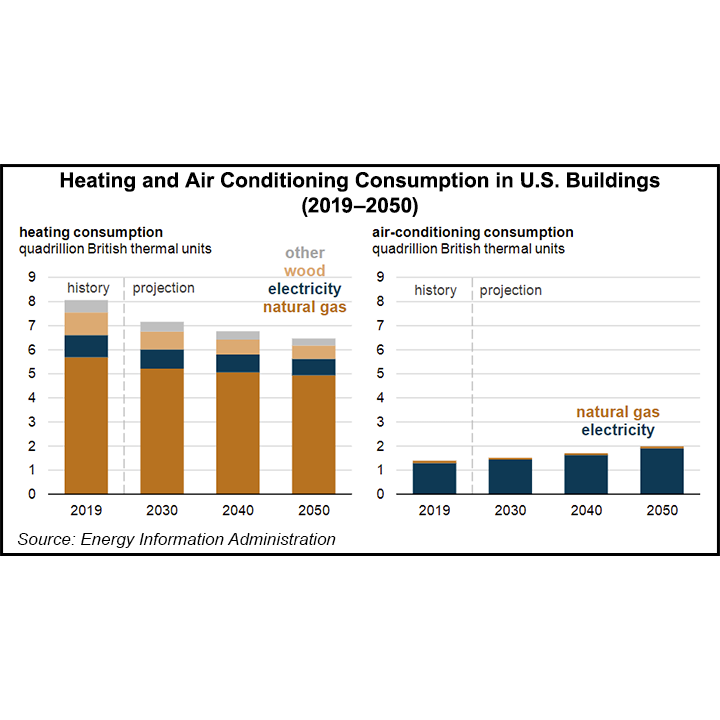 WAP, created in 1976, has generally helped promote and fund weatherization efforts that helped low-income communities outfit homes with the latest insolation technologies, saving energy and money. Now, with the latest round of funding, the DOE is targeting programs that could proliferate technologies of geothermal energy and super-efficient heat pumps.

DOE Secretary Jennifer M. Granholm said the program could save Americans money on their utility bills while creating “job training opportunities for the next generation of weatherization.”

Electrification and the advancement of energy efficient technologies is also critical to the plans of several of the nation’s largest gas utilities.

In April, National Grid plc announced it would transition to using renewable natural gas and hydrogen in its gas systems as a part of its path to net-zero emissions by 2050. A crucial part of the plans hinges on its service areas along the East Coast drastically increasing electrification of appliances and introducing heat pumps into homes. Consolidated Edison (ConEd), concentrated in New York, also announced earlier in the year it would ramp up investments in energy efficiency and alternative heating options like heat pumps.

With a $2 million award under the program, Vermont’s Office of Economic Opportunity plans to start a new training center to expand its weatherization workforce by 1,100 people. Vermont is aiming to weatherize 120,000 homes by 2030. Vermont uses the least amount of energy per capita than any other state, but most homes still use heating oil, natural gas or wood for heating, according to the Energy Information Administration.

Another project in Texas, proposed by the Houston Advanced Research Center, hopes to tackle the problem of scale for weatherization programs. Using a $1.9 million award from DOE, the center plans to create pilot programs in the Houston and Austin areas to increase the number of homes weatherized each year by 30%. Roughly 350 homes in the Houston area and 80 homes near Austin are currently weatherized each year, according to the center.