Oklahoma City-based Warwick Investment Group is bulking up its operated Eagle Ford Shale footprint with the acquisition of oil and gas assets from Rosewood Resources Inc. 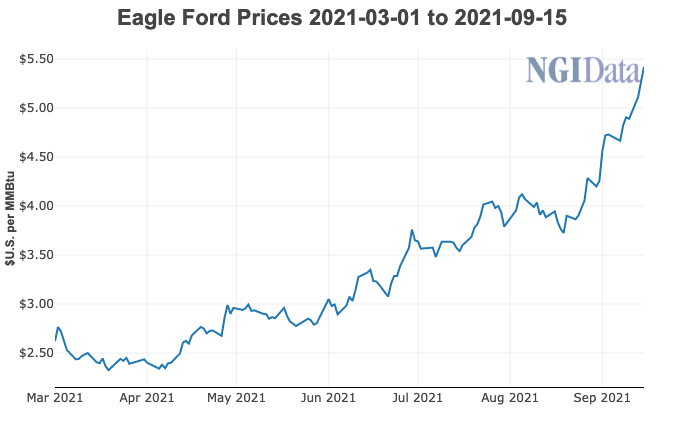 Warwick said Wednesday it would pay $450 million to purchase and develop the Eagle Ford assets from Rosewood, which is controlled by the wealthy Hunt family. The assets offset property already owned by Warwick, the investment firm said. Further details on the assets were not disclosed.

“Current oil production and near-term development will provide Warwick exposure to oil prices and the recovery in oil demand observed in the persistent decline in U.S. oil inventories,” Warwick said. “As the world continues to diversify its fossil fuel consumption to become more sustainable, Warwick’s future development of the Rosewood asset will be focused on natural gas and natural gas liquids to provide fuel for power consumption and feedstock for chemicals and plastics.”

Dallas-based Rosewood has operated and non-operated interests in multiple states including North Dakota, Oklahoma and Louisiana. It is a subsidiary of The Rosewood Corp., which is owned by the Caroline Hunt Trust Estate. The estate was established by Hunt’s late father, oil tycoon H.L. Hunt.

Another Hunt family-owned business announced a high-profile divestiture earlier this year. Hunt Oil Co. in April agreed to sell its assets in the Midland sub-basin of the Permian Basin for an undisclosed amount to a Vitol Inc. subsidiary. The assets comprised 44,000 acres across five counties with daily production of about 40,000 boe/d.

News of the acquisition comes as oil and gas dealmaking is on the upswing in North America. 2Q2021 saw the number of announced deals valued above $1 billion tied for the most since 2014. Meanwhile, seven U.S. exploration and production transactions announced in the quarter were worth more than $1 billion, “the highest quarterly value total since 2Q2019,” according to Enverus.