Ridge Runner Resources LLC, a newly formed oil and natural gas exploration and production (E&P) company, has received a $300 million line of equity financing from Warburg Pincus for its plans in the Permian Basin’s Delaware sub-basin. 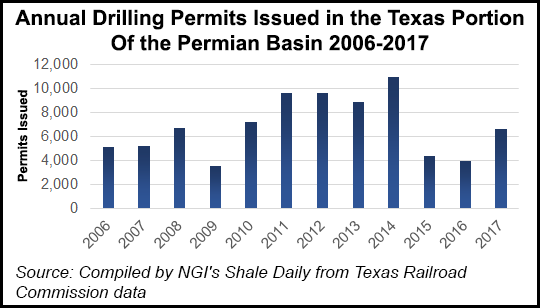 Ridge Runner’s management intends to partner with other E&Ps and to acquire and develop acreage positions across the Delaware.

“We look forward to partnering with other operators in the region to accelerate our strategy and build a meaningful acreage position,” said CEO Scott Germann.

An ExxonMobil Corp.-trained geologist with more than 20 years of financial and operational experience in the Permian, Germann was previously president of BC Operating, which was active in the Delaware until is was sold to Marathon Oil Corp. for $1.1 billion last year.

“Scott and his team have deep and expansive knowledge and operational expertise spanning the Permian Basin, and important relationships with the legacy players in the region,” said Warburg managing director David Habachy.

The Permian has been flush with financing from the private equity giant in recent months.

In late 2017, newly formed ATX Energy Partners, a successor to Brigham Resources, secured up to $780 million from a trio of private equity lenders, including Warburg, to pursue unconventional resources in the Permian and Williston basins.

Also in December, Chisholm Energy Holdings LLC, a startup producer backed by Warburg, said it had a definitive agreement in hand to acquire undeveloped acreage in the Permian Basin. The acreage, with multiple horizontal reservoir targets in the Bone Spring and Wolfcamp formations, is in Eddy County, NM, within the Delaware sub-basin.