Under pressure from investors, utilities and consumers, natural gas producers and suppliers in 2022 are increasingly seeking out third-party certification to demonstrate they are delivering fuel that is brought to market with ultra-low methane emissions. 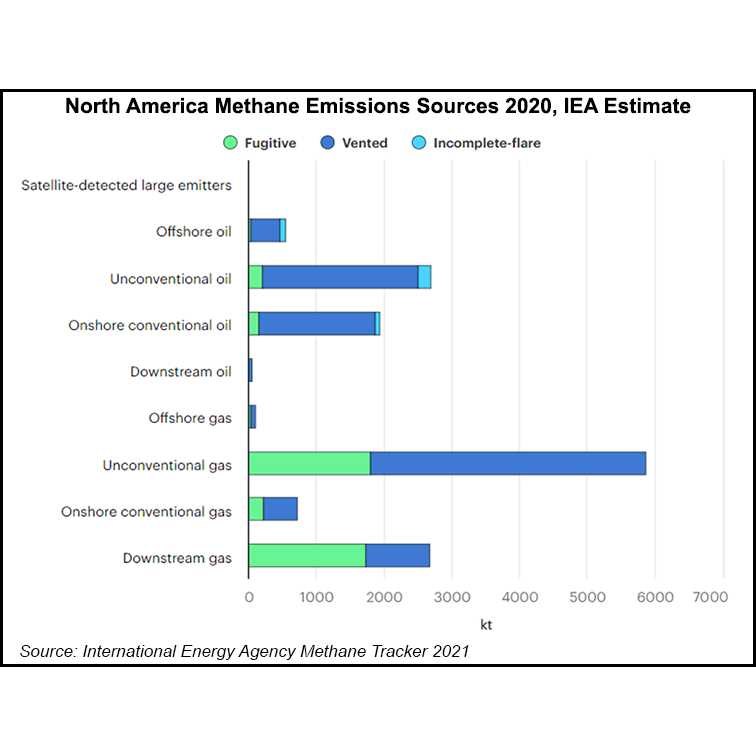 It is a drumbeat that only in the last couple of years started to find a rhythm, with genuine momentum gathering in 2022, several prominent companies said this week at the LDC Gas Forum Rockies & West in Denver.

“Our commitment to this business has not changed,” BP plc’s Mark Aufmuth, managing director, said of natural gas. However, the energy giant’s customers and shareholders are demanding that the leading marketer of natural gas in North America demonstrate it is selling gas that is sourced and piped under conditions that minimize emissions as much as possible. “It is important for companies to show they are engaged.”

For example, BP’s U.S. onshore business, BPX Energy, in late 2021 earned third-party certification for its methane emissions profile in a portion of the Haynesville Shale. Aufmuth said such efforts now span gas operations as the company aims to prove its commitment to overall net zero emissions by 2050, while continuing to invest in an energy future that includes natural gas.

Midstream major Williams, which also ranks high in NGI’s quarterly tally of top natural gas marketers, said the market is demanding certification to show what some in the industry call responsibly sourced gas, or RSG. The Tulsa-based company also started its efforts in the Haynesville, but it is working to expand certification programs across the Transcontinental Gas Pipe Line, aka Transco, and throughout a system that moves 30% of the nation’s natural gas.

“Williams is walking the walk when it comes to reducing emissions,” said Brian Vogt, the firm’s director of business development for new energy ventures. “But we’ve got to prove it.”

Williams noted that while methane, the chief component of natural gas, is used to heat homes and power the electric grid, it’s also a contributor to greenhouse gas emissions that hasten climate change. As such, Vogt said, it is vital to continuously monitor and quantify methane emissions to identify needed fixes, upgrades and changes throughout its natural gas system. The company, he said, must then show it is addressing any problems to prove to the firm’s various constituents that it is minimizing methane leaks.

Indeed, utilities representatives who spoke at the forum in Denver said proof of efforts to reduce methane emissions is a top priority for them and their customers, and it will determine which natural gas companies they work with in the future.

Xcel Energy Inc.’s Lauren Quillian, director of energy and environmental policy, said the utility’s surveys of customers show that a solid majority want to continue using natural gas to heat and cool their homes, given its reliability and relative affordability. Most also want Xcel to demand that the natural gas it buys be responsibly sourced, she said.

“It’s one of the most important things we can do in the industry,” Quillian said.

By 2030, she said, Xcel is forecasting that all of the natural gas it buys will carry low-emission certification. At the same time, Quillian anticipates that natural gas will remain part of the U.S. energy mix beyond 2050, when many corporate leaders are targeting net zero emissions.

Project Canary’s Jessie Schiavone, head of utilities, estimated that, by the end of 2022, 20% of U.S. gas will be certified as RSG, a label that the company uses. That’s up from almost nothing at the start of the decade.

Project Canary is a third-party certifier of low-emissions gas, which is done by many other companies too. Schiavone said Project Canary provides environmental assessments, employs monitoring technology and measures emissions with machine learning to quantify in real time methane issues. It also assesses companies’ efforts to make substantial improvements quickly.

Schiavone said companies are increasingly lining up to earn certification. “You can no longer afford to be a dirty operator,” she said. “Everyone cares about methane profiles now.”