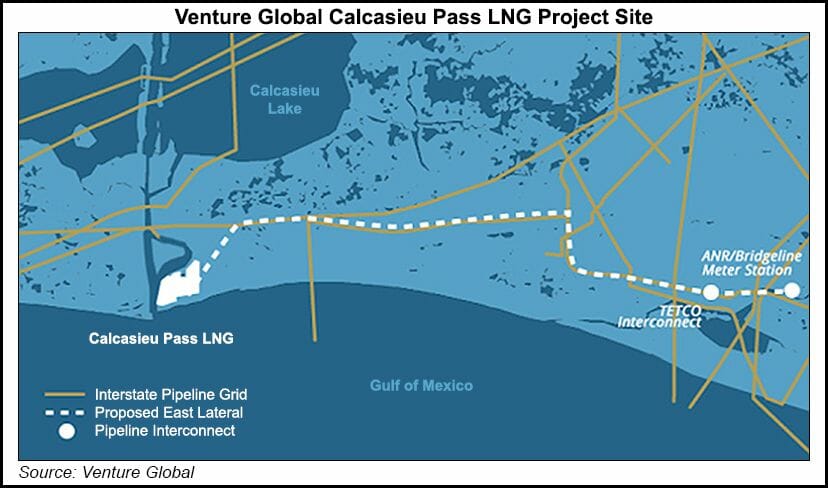 “We find that TransCameron has adequately stabilized the construction workspaces and that restoration is proceeding satisfactorily,” Rich McGuire, director of FERC’s Gas – Environment and Engineering division, wrote in the letter.

In its request submitted last month, Venture Global said the pipeline was mechanically complete and would be ready to flow gas by Wednesday.

According to Venture Global’s website, the 10 million metric ton/year Calcasieu Pass LNG project is expected to come online in 2022. Bloomberg reported in March that Calcasieu Pass was already offering cargoes for loading between this October and December 2022.

The terminal is using smaller, or modular, liquefaction trains that are pre-fabricated and delivered for installation, which CEO Mike Sabel said last month has helped cut project costs. He added that peak construction, with about 3,000 workers on site, was expected to end in April.

Sabel also said at the time that six trains had already been installed, with the seventh and eighth units to be put in place in the following weeks.