Privately held Venture Global LNG Inc. has unveiled plans to capture and sequester up to 1 million tons of carbon dioxide (CO2)/year from its sites in Louisiana, making it the latest liquefied natural gas (LNG) developer to turn to carbon capture and sequestration (CCS) as a way to lower its emissions profile. 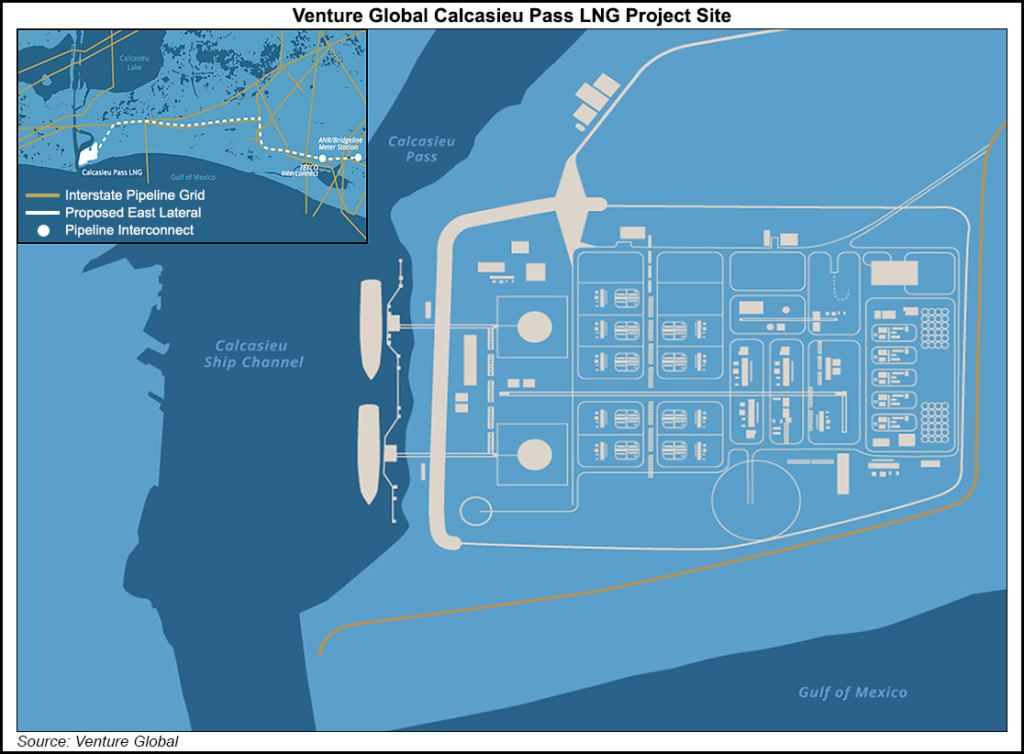 Arlington, VA-based Venture Global said Thursday it had already concluded a “comprehensive engineering and geotechnical analysis” ahead of launching the CCS project. The development would transport compressed CO2 from its Calcasieu Pass and Plaquemines LNG sites and inject it “deep into subsurface saline aquifers where it will be permanently stored.”

“Through this historic carbon capture and sequestration project, we will build upon our existing state-of-the-art technology to develop even cleaner LNG at our facilities to displace coal around the world,’ Venture Global CEO Mike Sabel said. “Our location in Louisiana uniquely positions us to pioneer the deployment of this technology due to geology that can support industrial scale injection and storage of CO2.”

The announcement comes as U.S. LNG suppliers face growing pressure from global buyers to lower the greenhouse gas emissions associated with their cargoes. CCS is increasingly a part of suppliers’ strategies to tackle emissions, with developers NextDecade Corp. and G2 Net Zero LNG including it in their development plans. Other suppliers including Cheniere Energy Inc. and Sempra Energy have said recently they are exploring the possibility of deploying CCS at their export facilities.

Venture Global’s developments, which the company claims would be equivalent to removing 200,000 cars from the road each year for 20 years, caught the attention of Louisiana Gov. John Bel Edwards. The governor said Louisiana is “well-positioned” to lead the nation in carbon capture, utilization and storage initiatives.

“Louisiana fully recognizes that our nation is in the early stages of a profound transition in our energy mix, and I am committed to supporting private sector investments that address greenhouse gas emissions in a major and sustaining way in our state,” he said.

“Now we are seeing what we need to take that next step to be a national leader in the field – actual projects like Venture Global LNG’s CCS proposal,” Harris said.