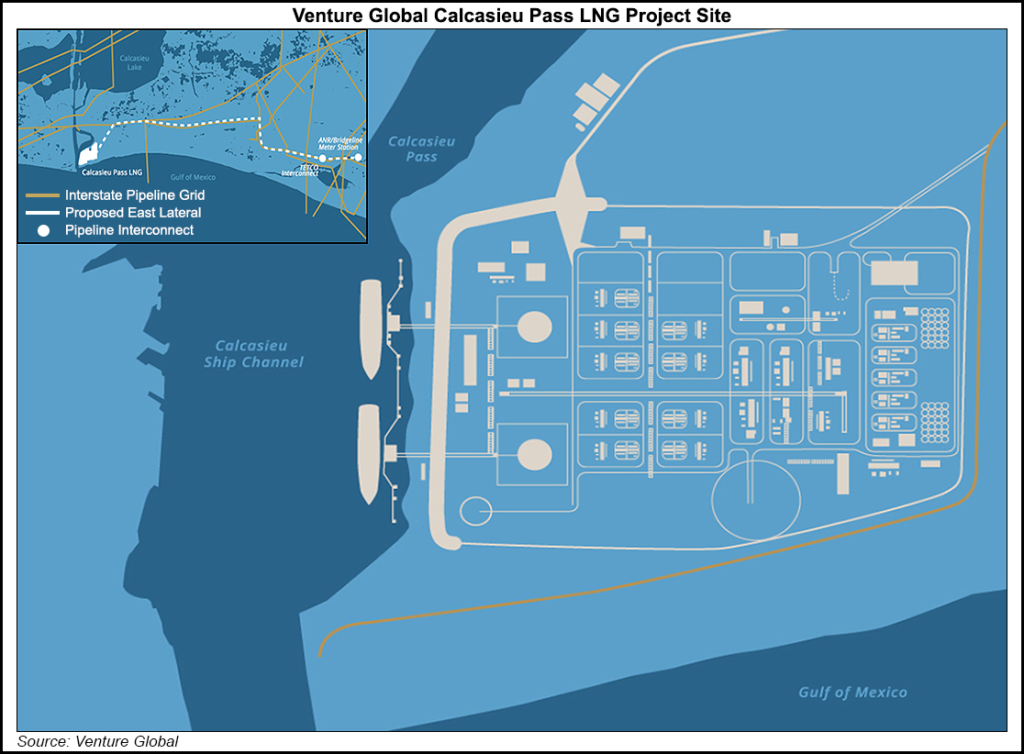 Venture started construction on the Calcasieu Pass LNG export project, a 10 million metric ton/year facility in Cameron Parish, earlier this year and is targeting commercial operations in 2022. The company is also developing the related TransCameron pipeline to supply the export terminal.

Baker Hughes, a GE Company (BHGE), said Tuesday it received a final notice to proceed with construction on a “comprehensive LNG technology solution” for Calcasieu Pass, consistent with the previously announced agreement between the companies. BHGE is providing a liquefaction train system for the LNG project with 18 modularized compression trains across nine “blocks,” the company said.

The final investment decision (FID) represents a major milestone for Calcasieu Pass, one of a slew of second-wave U.S. export projects looking to satisfy a global appetite for LNG that’s expected to grow significantly in the coming years.

There are other second-wave projects such as Tellurian Inc.’s Driftwood LNG and NextDecade Corp.’s Rio Grande LNG still awaiting a positive FID.

The retaliatory tariffs China has placed on U.S. gas exports haven’t made the process of securing commitments from buyers any easier for second-wave developers. Moody’s Investors Service warned earlier this year that tariffs “could slow development of incremental LNG export facilities, because any reluctance on the part of Chinese energy companies to contract with U.S. exporters as a result of higher costs will reduce the number of global counterparties seeking additional U.S. capacity.”

This comes as a recent surge in global LNG export capacity has put downward pressure on prices in target markets in Europe and Asia.

Still, Wood Mackenzie concluded earlier this year that despite recent weakness in the global market there is “still a lot of appetite” for the new capacity contemplated in the second-wave LNG export proposals.