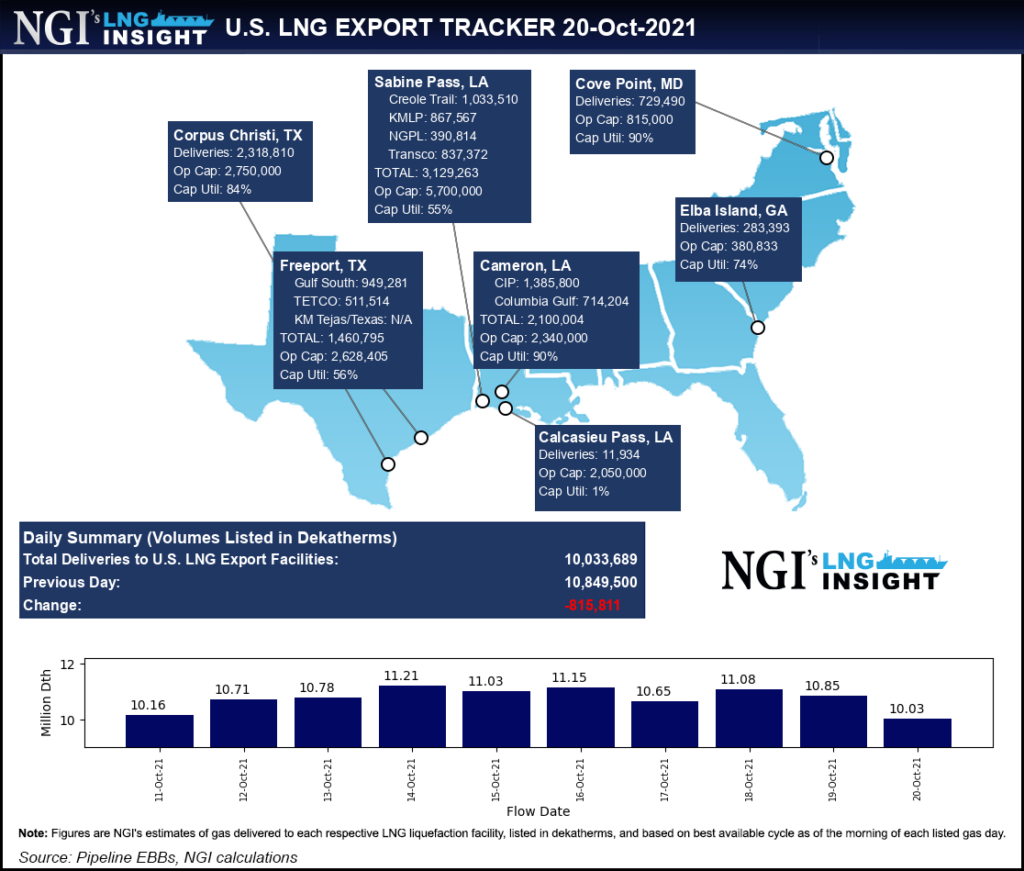 Sinopec agreed last month to purchase 2.8 million metric tons/year (mmty) on a free-on-board (FOB) basis in one deal and 1.2 mmty on a delivered-at-place-unloaded (DPU) basis for terms of 20 years. Other details were not disclosed about the confidential agreements, which were revealed in a filing with the Department of Energy as part of Plaquemines semi-annual status report.

Most U.S. LNG is sold on an FOB basis, with LNG ownership transferred to the buyers when it is loaded onto a ship at the export terminal. Offtakers then incur transportation expenses. Similar to delivered ex-ship deals, title and risk of LNG isn’t passed to the buyer until it’s delivered to an import terminal under DPU agreements.

China is hungry for natural gas as it battles through a global shortage to fuel a resurgent economy and stave off future power shortages that it’s grappled with in recent weeks. China’s national oil companies account for the bulk of the nation’s LNG import capacity, and Reuters reported last week that at least two of them are in discussions for more U.S. supplies, mainly with Cheniere Energy Inc. and Venture Global.

Privately-held Venture Global has already started initial construction work at the Plaquemines site, about 20 miles south of New Orleans. The company has yet to take a final investment decision on the 20 million mmty project. Sanctioning is expected soon. A schedule on the company’s website shows financial close is expected by the end of the year.

Last month, the company also expanded an agreement with the Polish Oil and Gas Co., aka PGNiG, to supply more LNG from Plaquemines and its Calcasieu Pass LNG export terminal. The Calcasieu project is near completion and expected to enter service in Louisiana in the coming months.