The U.S. Commerce Department has granted Valero Energy Corp. a one-year authorization to ship crude oil from the U.S. Gulf Coast to a company-owned refinery in Quebec, Canada. 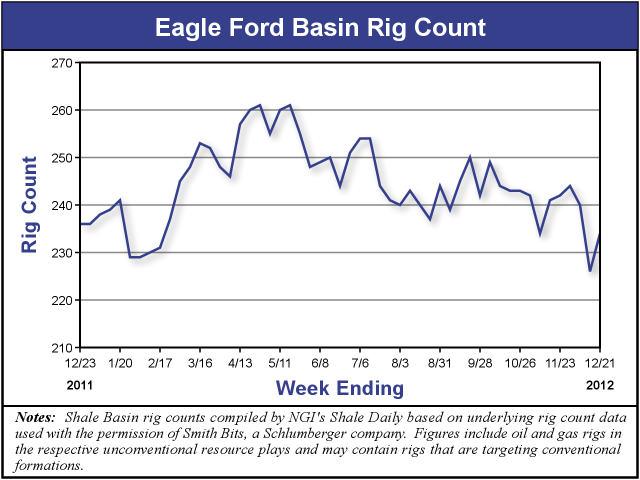 Most of the crude to be shipped would come from the Eagle Ford Shale in South Texas and is expected to displace light, sweet crude currently procured from Europe and Africa.

“We’re still looking into it,” Valero spokesman Bill Day told NGI’s Shale Daily. “We received approval in November, and it’s for a 12-month period. So we’re studying our options now for the most efficient way to move the crude up to our refinery in Canada.

“Valero doesn’t own tankers of its own. We contract with shipping companies to move crude oil and products, so we would be working with a third party on that. Valero has refineries on the Gulf Coast where we could move the oil out of. We have a refinery in Quebec where we can offload the crude, so the loading and unloading facilities are already in place.”

The Jones Act of 1920 requires that goods transported from one U.S. port to another U.S. port must be carried on U.S.-flagged vessels that were constructed in the United States and are crewed by U.S. citizens/permanent residents. By shipping crude to Canada, Valero could make use of less-expensive foreign-flagged vessels.

Crude oil production from the Eagle Ford during October was up 76% from a year ago, according to Railroad Commission of Texas (RRC) statistics. Nine fields comprising most of the play produced 323,098 b/d, up from 183,261 b/d in October 2011, an analysis of RRC data by Bloomberg found.

According to NGI’s Shale Daily Unconventional Rig Count for the week ending Dec., 21, the number of rigs running in the Eagle Ford was 234, up 4% from the previous week but down 3% from a month ago.

The one-year authorization was issued to Valero last month and can be renewed, Day said. The Commerce Department, whose approval is required before crude can be exported from the United States, did not immediately respond to a request for more information.