U.S. onshore producers may be limiting annual production growth to 5% or less, but don’t tell that to Argentina’s 51% state-owned YPF SA. 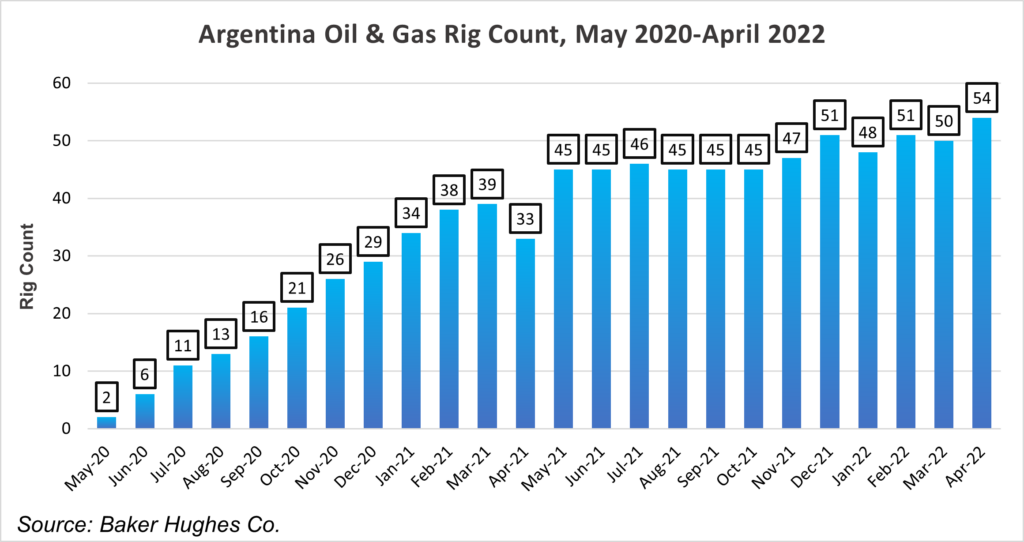 The Vaca Muerta shale play in the Neuquén Basin drove a 16% year/year increase in oil and gas output to 506,000 boe/d during the first quarter for the integrated producer.

On a conference call to discuss the quarterly results, CEO Sergio Affronti touted “yet another quarter of outstanding growth within our shale operations.”

Unconventional oil and natural gas production increased by 52% and 140%, respectively, versus the year-ago period.

Shale production nearly doubled y/y, accounting for 38% of the firm’s total output. Conventional and tight reservoirs, for their part, accounted for 52% and 10% of production, respectively. Conventional production declined 9% y/y.

Passing of the Torch?

The uptick in production comes amid declining output in neighboring Bolivia, which has historically been a primary supplier of gas to South America’s Southern Cone.

“Bolivia is not a hub for supply in the Southern Cone anymore,” said Gas Energy Latin America’s Alvaro Rios, managing director, on the latest episode of NGI’s Hub and Flow podcast. That role “has to be taken by Argentina,” he explained, citing the country’s immense unconventional reserves and expansive infrastructure.

The government’s proposed Néstor Kirchner pipeline is designed to do just that.

YPF CFO Alejandro Lew said the firm expects at least a portion of the pipeline’s 24 MMcm/d first phase to be in service by mid-2023.  This will be “probably something in the order of 10 million cubic meters a day of incremental transportation capacity for gas out of Vaca Muerta” in time for the 2023 South American winter, Lew said.

He noted that state firm Integración Energética Argentina (Ieasa) is in charge of the project’s development, not YPF.

“We are hearing that it’s moving along relatively well,” Lew said.

He said that while no auctions have been announced for transport capacity on the pipeline, “We would expect something similar” to the Plan Gas tender process of 2020-2021.

Depending on what is announced, “we will figure out our ability to deliver on the commitments that might be required,” Lew said.

Will YPF develop an LNG Terminal?

Asked about the possible development of a new liquefied natural gas (LNG) export terminal, Lew said “we are doing our analysis, we do believe that there is an interesting opportunity for the country and for YPF to move ahead with an LNG processing plant. And that will definitely provide further opportunities to monetize the attractive resources that we have, particularly in Vaca Muerta for natural gas to be able to export that to global markets.

“But at this point, it’s very difficult to predict specific timing for such a project,” he said.

Lew highlighted the completion of YPF’s first simultaneous fracturing, aka simul-frac, pilot at the Loma Campana project in Vaca Muerta. The results were “very encouraging,” Lew said, citing a 28% decrease in completion time and a nearly 20% drop in carbon dioxide emissions.

The firm completed 38 horizontal wells (31 oil and seven gas) during the quarter, up from 34 in the year-ago period.

Downstream domestic fuel sales were 6% above the pre-pandemic levels of 1Q2019, management said, while refinery utilization rose 3% y/y to average 86% for the quarter. The utilization rate in March averaged 90%.