The U.S. Geological Survey (USGS) said Friday it estimates 1.4 Tcf of conventional natural gas resources are technically recoverable in formations west of Alaska’s National Petroleum Reserve (NPR-A), the first time such an assessment has been released for the area. 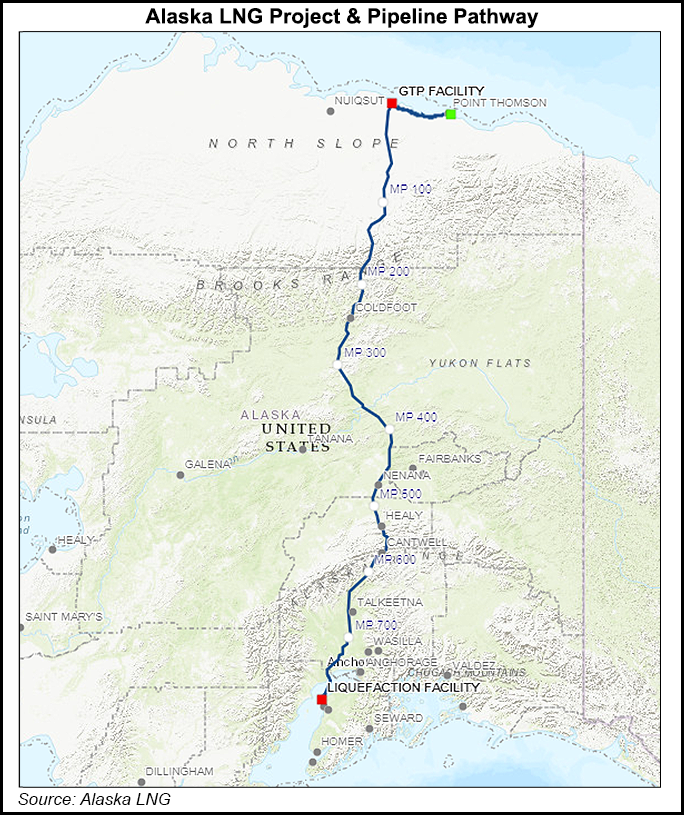 Despite the North Slope’s abundant petroleum resources, the region is not believed to contain any recoverable oil deposits. The North Slope’s Prudhoe Bay field, for example, remains the most prolific in U.S. history, with more than 12 billion bbl produced, according to BP plc.

The USGS study suggested that while oil deposits were formed in the NPR-A area, they were transformed when geologic temperatures increased and turned them to natural gas.

“This new assessment shows that we still have much to learn about Alaska’s North Slope,” said USGS’s Sarah Ryker, associate director for Energy and Minerals. “There has been speculation for decades that this area west of the NPR-A might be rich in oil. However, the limited geologic data we have indicate the rocks assessed contain modest natural gas, but likely no oil.

“That finding helps the Bureau of Land Management, the U.S. Fish and Wildlife Service, the State of Alaska and the Alaska Native Corporations understand the natural resources that they manage.”

The latest assessment was one in a series ordered by the Department of the Interior under the Trump administration in 2017. President Biden has since temporarily frozen leasing and permitting on federal lands and offshore waters.

The latest assessment only included areas adjacent to the NPR-A, not any formations that lie within it.

However modest, the new assessment shows more natural gas resources could be tapped on the North Slope at a time when developers are working to rejuvenate liquefied natural gas (LNG) exports from the state.

The first U.S. export terminal was built in Alaska. However, the Kenai facility’s current owner is working toward repurposing it to import LNG for a nearby refinery.

Former Alaska Gov. Bill Walker is leading a new company to buy the proposed 20 million metric tons/year Alaska LNG export project, which would tap North Slope supply via an 807-mile pipeline. The project’s steep estimated cost of more than $38 billion and a loose global gas market in recent years have made progress difficult.

Still, Alaska’s proximity to key LNG growth markets in Asia have endeared it to project developers looking to slash the costs it takes to move the super-chilled fuel from the Gulf Coast to the Pacific Basin.