Despite an industry full-court press in the past year to head it off, federal officials are proposing to limit future oil and natural gas development in the White River National Forest (WRNF) in northwest Colorado. 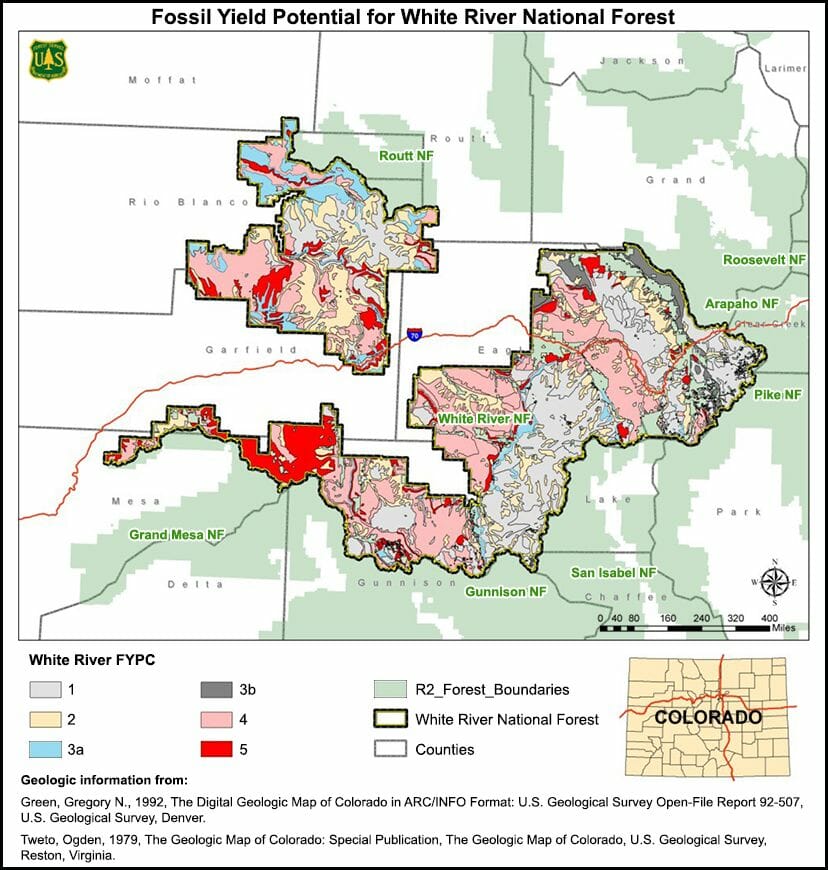 In a U.S. Forest Service (USFS) record of decision (ROD) to amend the resource management plan for the WFNF, a final environmental impact statement (FEIS) released Tuesday identifies which federal lands would be designated as available for leasing.

WRNF Supervisor Scott Fitzwilliams signed off on the ROD, which combines part of two alternatives, noting that 194,123 acres are available for leasing and 800,555 acres are legally closed to leasing as the result of Congressional direction. Ultimately, the ROD seeks to close development on more than 1.2 million acres.

“This was not an easy decision as I received significant input from a wide variety of interested people who have a genuine stake in the management of the White River National Forest,” said Fitzwilliams, who added that he tried to be “sensitive to the concerns” of all the stakeholders. “My ROD places an emphasis on conserving the roadless character, wildlife habitat and recreation areas opportunities.”

The plan would address the objectives of proposed legislation (S. 651) offered last year by Sen. Michael Bennet (D-CO) that called for withdrawing all unleased public land in the Thompson Divide area from future development, while also respecting the rights of valid leaseholders in the region. Property owners in the area have been opposing development in the Thompson Divide area for years (see Shale Daily, April 15).

In the ROD, 25 contested leases on WRNF inside the Thompson Divide area would not be impacted. Those leases would be maintained by privately held exploration/production (E&P) companies SG Interests Ltd. and Ursa Resources Group.

Earlier this year, the E&Ps gained two-year extensions on their undeveloped leases from the Bureau of Land Management (BLM) (see Shale Daily, April 3). BLM suspended the 25 leases as they were nearing their expiration dates, keeping the leases inactive until April 1, 2016 pending an environmental assessment of 65 leases in the WRNF, including the suspended leases.

At stake are leases on 18 parcels totaling 21,167 acres that SG holds in Pitkin County, part of more than 309,000 acres of federal leases south of Glenwood Springs, CO. Ursa has about 12,000 acres, the majority of which are in Garfield County in the Piceance Basin. Seven counties also involved in the ROD are Eagle, Gunnison, Mesa, Moffat, Rio Blanco, Routt and Summit.

The Western Energy Alliance (WEA) and industry groups in Colorado and Wyoming submitted a nine-page scoping comment letter to BLM, contending it did not need a new EIS. The letter argued that BLM cannot cancel leases or retroactively change lease terms without violating the 1970 Mining and Minerals Policy Act, which outlines federal policy regarding private development in the national interest.

“The [USFS] has not achieved a balance with the White River ROD because it fails to understand that development is done responsibly in a way that protects the land and coexists with agriculture, recreation, and other land uses,” said Kathleen Sgamma, WEA’s vice president for government and public affairs.

Sgamma said WEA thinks that the federal agency is responding only to environmental groups who she contends “overstate the impact of development, while ignoring the voices of western Colorado citizens who will be denied jobs and economic growth that come from responsible energy development.”