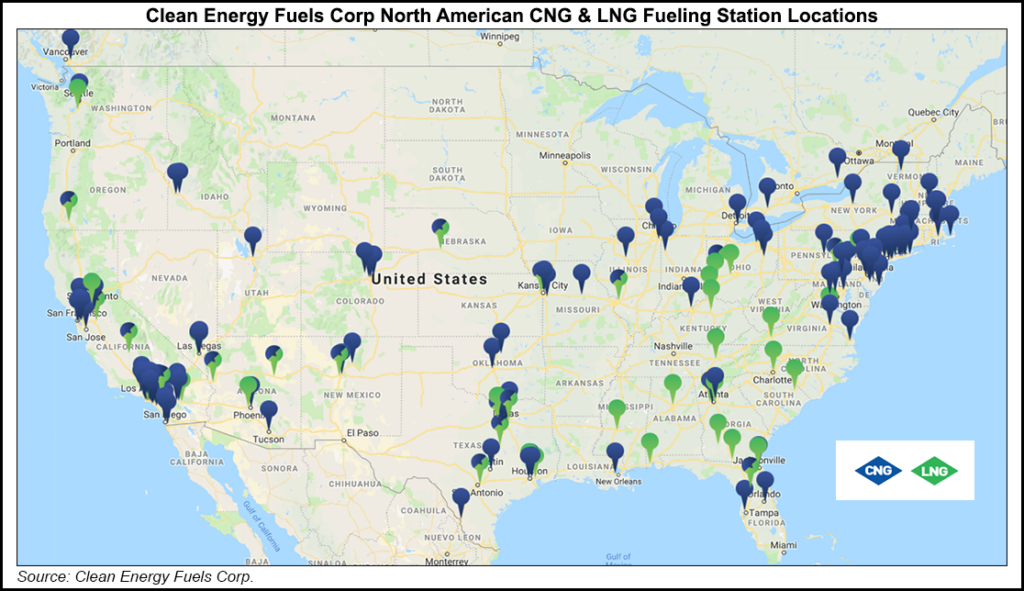 The deal is said to be the largest commitment by a fleet operator with an annual fuel consumption in the range of 22.5-25 million gallon equivalents. UPS has made RNG one of its key fuels in attaining a corporate goal of having 40% of ground fuel from alternative sources by 2025.

UPS operates more than 6,100 natural gas vehicles (NGV) and deploys more than 10,000 alternative fuel vehicles in its “rolling laboratory.” It has consumed more than 28 million gallons of RNG since 2014. Going forward it would use annually what it has used over five years, said fleet procurement director Mike Casteel.

UPS and other fleet operators began five years ago to diversify. In recent years, advances in engines have swung more of the trucking fleet to NGVs for both compressed and liquefied natural gas.

Casteel called RNG a “winning solution” to help UPS meet its sustainability goals and said its seven-year commitment could be a catalyst for more operators to use RNG.

In related news, Summit Utilities Inc., parent company of Summit Natural Gas of Maine Inc., launched an RNG program on Thursday to partner with the state’s dairy industry. Plans are to invest about $20 million on the RNG program.

Under the plan, an anaerobic digester would be built in Clinton, which is considered Maine’s dairy capital. The facility could supply about 125,000 MMBtu/year, which would be about 45% of Summit’s annual residential demand in Maine. Clinton’s five dairy farms make up about 17% of the state’s dairy production.

Summit plans to match 5% of the state’s residential gas demand for the next year by purchasing renewable gas attributes (similar to carbon credits) at no cost to ratepayers.

Summit expects the digester to be commissioned and producing gas by early 2021, pending approval and permitting. The company also has filed a tariff with the Maine Public Utilities Commission asking it to create a voluntary renewable program for customers that would allow them to help fund the purchase of RNG attributes to further reduce its carbon footprint.

“This is an exciting project and the next step in Summit’s ongoing effort to build a sustainable energy future by investing in innovative technologies that mitigate climate change,” said Summit CEO Kurt Adams. “Since coming to Maine in 2013, we’ve been able to reduce carbon emissions by an estimated 69,000 metric tons/year through conversions to natural gas and energy efficiency upgrades. That’s like taking 15,000 cars off the road forever.

“Our renewable program is the next step in our ongoing efforts to reduce greenhouse gas. It’s simply the right thing to do for our customers, our business and our children.”

Last year, nearly one-third of the on-road NGV fuel use was provided by RNG, according to the Washington, DC-based NGVAmerica. Of the 645 million gasoline gallon equivalents (GGE) consumed in NGVs, 204 million GGE was RNG, or 32%. In states with low carbon fuel standards (LCFS), the percentage of RNG use is more than 90%, said President Daniel Gage. “During the last five years, RNG use as a transportation fuel has increased 577%,” he noted.

The California Air Resources Board (CARB) estimated that nearly 3.3 billion gallons of diesel were displaced last year by alternative fuels including RNG. CARB Executive Director Richard Corey said production of biodiesel, RNG, ethanol and electricity are growing under the state LCFS. “Californians have the widest variety of cleaner, low-carbon vehicles available anywhere in the country,” he said.