Natural gas expansion in an unlikely area of Michigan’s Upper Peninsula promises to fuel the bulk of the growth at Milwaukee, WI-based WEC Energy Group Inc., formed by the recent marriage of Wisconsin Energy and the Illinois-based Integrys Group. 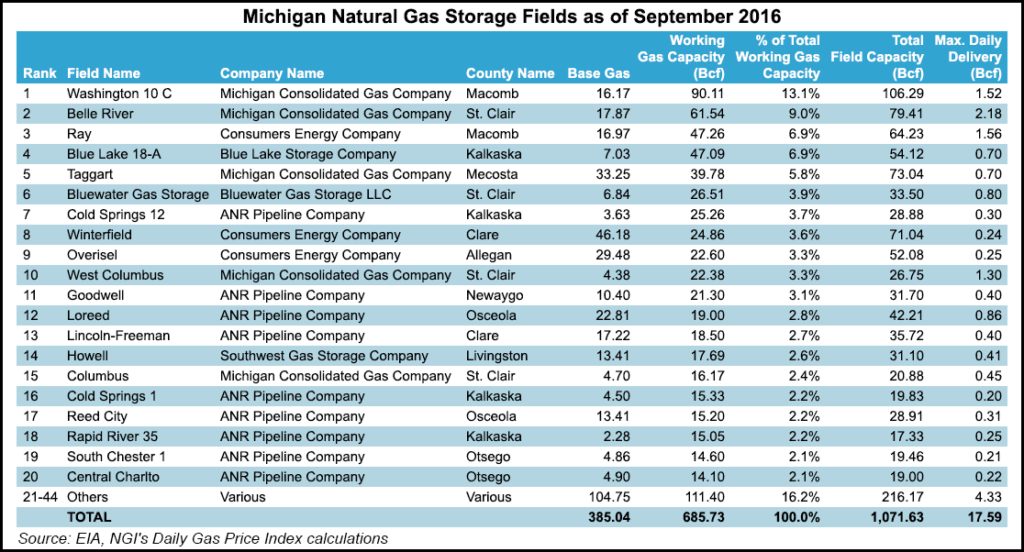 With up to 4.4 million customers spread over four states (Illinois, Michigan, Minnesota and Wisconsin), WEC last month signed an agreement to buy Bluewater Gas Holdings’ underground natural gas storage facility in Upper Michigan with capacity for about one-third of the storage needs of the company’s Wisconsin gas utilities.

“The total acquisition price is $230 million, and Bluewater will have individual long-term service contracts with the three WEC gas utilities in Wisconsin,” CEO Allen Leverett said during a conference call with analysts Wednesday.

WEC plans to file with the Wisconsin Public Service Commission (PSC) in the next few days, seeking a declaratory rule in which the regulators confirm that it is reasonable for the utilities to enter into the storage deals. The agreements will include a utility return on capital, Leverett said. The use of service agreements avoids the need for the PSC to approve the acquisition of an out-of-state facility, and it avoids involving the intrastate gas utilities in an interstate business.

Leverett classified those projects collectively as a $275 million investment, saying they will use gas reciprocating engines as a means of getting more reliability and flexibility in the new power plants. Commercial operations are slated to begin in 2019, allowing for the retirement of the current coal-fired Presque Isle plant in the area no later than 2020.

“This will give us significant savings in operations/maintenance expenses,” Leverett said.

Leverett said the Bluewater storage facility has slightly more than 22 Bcf of working gas, or just about one-third of the three Wisconsin gas utilities collective storage needs. “You could do some more expansion at the field and add more gas, and the service agreements will cover that,” he said.

Leverett said the Wisconsin utilities are not looking at any other new gas infrastructure projects.

TransCanada Corp.’s ANR Pipeline currently is the major gas storage provider to the WEC gas utilities, covering about 40% of their needs, and significant savings come from adding Bluewater to the mix. “There is roughly a $213 million net present value savings to customers, and a reduction in rates will start within four years,” he said.

As part of a five-year, $9.7 billion capital expenditure program, just over half of those funds will be spent in the natural gas distribution business, Leverett said. “And natural gas as part of total rate base of our utilities represents about one-quarter,” he said. “But in terms of percentage growth [among the utilities], we will see much greater growth in earnings in natural gas, while capital allocations is about 50-50 between gas and electric operations.”