Traditional rivals who have faced off for years over issues including property rights and environmental policies have come together in Virginia, calling for establishing a competitive retail electricity market to implement performance-based regulation and other reforms in the state’s energy market. 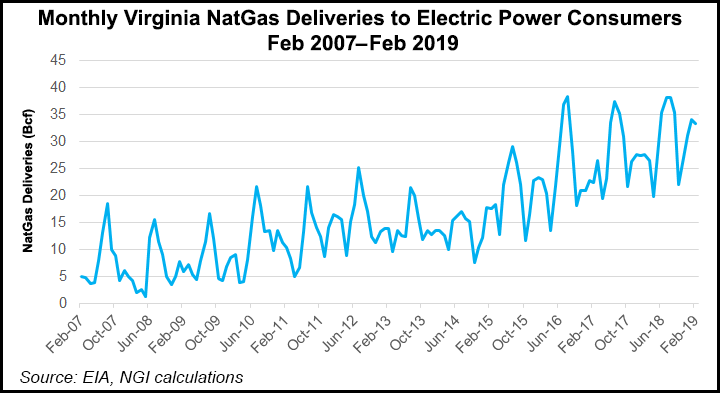 “Moving from Virginia’s 100-plus-year-old government-regulated electricity market to a 21st-century free market will finally put families and businesses in control of their electricity buying decisions so they can lower their own prices simply by shopping around,” said spokesman Ken Cuccinelli for the newly formed Virginia Energy Reform Coalition (VERC) and a former Virginia attorney general. “Shrinking the control of the government-imposed electricity monopoly means more citizens’ control, more choices, more innovation and lower prices.”

The reforms, if achieved, could have significant impact on natural gas, which in 2017 fueled half of Virginia’s net electricity generation, according to Energy Information Administration data.

The regions’ dominate electricity provider, Dominion Energy, opposed deregulated electricity when Virginia tried it once before in 1999, sided with reregulation when the experiment was ended eight years later, and isn’t ready to dabble in re-deregulation now, according to spokesman Rayhan Daudani.

“Customers in deregulated states pay rates that are more than 40% higher on average and don’t receive nearly as much in return,” Daudani told NGI. “As it stands today, our Virginia customers get a great value…This coalition’s collection of grab bag policies was tried and failed and ultimately led to the bankruptcy of Enron. We know how this story ends, and it is wrong for Virginia.”

VERC’s other policy goals include establishing an independent grid operator and phasing out wholesale capacity markets.