The world’s top producer of petroleum and natural gas hydrocarbons last year was, once again, the United States, according to the U.S. Energy Information Administration (EIA). 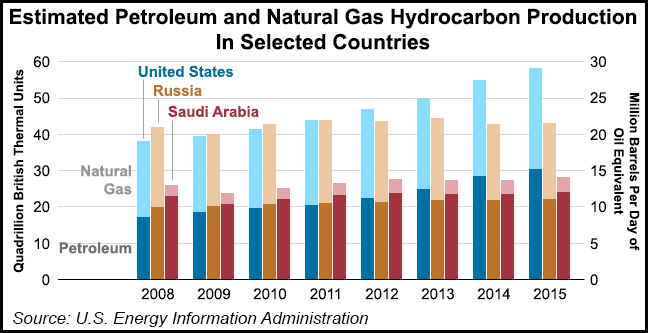 In the United States, crude oil and lease condensate accounted for roughly 60% of the total petroleum hydrocarbon production in 2015, while 20% of production was natural gas plant liquids, EIA said. Biofuels and refinery processing gain made up most of the remaining U.S. petroleum and other liquids production volumes.