Trading within a 10-cent range in a quiet Friday session, September natural gas futures on Friday eked out a 3.2-cent gain to close at $4.328, but some market watchers were quick to note that the market remains hopelessly range-bound. The week’s close was 13.9 cents below the previous week’s finish.

After testing the mid-$4.20s for the fifth straight session on Friday, some industry veterans are not convinced that the market is willing to fall much lower.

A Washington, DC-based broker said the normally volatile gas futures market has been anything but in recent weeks. “In the last week the natural gas spot price has essentially had a 15-cent range between $4.200 to $4.350. We’re skeptical that we’ll get much below $4. Possibly $3.800, but that’s it because that base is quite extensive,” he said. “While the market has been quiet, there is a lot of anxiety that is bleeding over from the Dow into commodities. The only reason gas has not completely collapsed is because of the cost consideration behind interfuel competition and the cost to produce the gas itself. The cost of producing shale gas ain’t changing anytime soon.”

As for the upside, the broker said he was not expecting a rally anytime soon. “I don’t know that I would get behind a rally unless I was willing to take a long-term position,” he told NGI. “The pieces for a run higher simply are not there. It’s our sense that business activity appears to be slowing again, which is going to inhibit any kind of demand-driven rally.”

Analysts saw Thursday’s relatively low gas storage injection as setting up a bullish price scenario. “After this most recent report, the deficit against a year ago is 158 Bcf. Last week it was 132 Bcf. This week the surplus against the five-year average is 219 Bcf, compared to 239 Bcf a week ago,” said Peter Beutel, president of Cameron Hanover. “Three weeks ago the year-to-year deficit was 33 Bcf, and the surplus against the five-year average was 261 Bcf. In a few short weeks these figures have changed discernibly for the more bullish side. The picture has improved fundamentally, although production remains high and there is a sense of mild disappointment by traders that there have not been more precautionary output stoppages due to tropical influences.”

Beutel is keeping a close eye on crude oil prices as a key to short-term natural gas price direction. “Intraday, natural gas prices fell to fresh 10-week lows Wednesday, although they did rally to settle above that. Despite Wednesday’s [modest] rally, we have little reason to expect prices to strengthen from here — even though cooler temperatures are expected to be an interlude before hotter readings return,” said Beutel. “The way it sorts itself out over the next 10 weeks will tell us a good deal about what kind of winter we should expect.”

According to Beutel, “One factor that could end up helping, at least briefly, is the strange fund ‘hedge’ or spread that seems to be in place. Funds were selling heavily for four days, and it is possible that they were buying Wednesday in a general effort to limit the amount of risk holdings extant. We have noticed that funds cover natural gas shorts many times when they are seen liquidating long oil holdings.” September crude oil fell $2.23 to settle at $78.02/bbl Wednesday. On Friday September crude dropped 35 cents to $75.39/bbl.

Observers were generally pleased with the 8:30 a.m. EDT Friday release of July retail sales figures by the Commerce Department and consumer price index data from the Labor Department. Expectations had been for a rise of 0.5% in retail sales, up from June’s minus 0.5% performance. The actual figure came in at 0.4%. July consumer price data came in as forecast. Traders were looking for an increase of 0.3%, up from June’s deflationary minus 0.1%. The actual number was 0.3%. 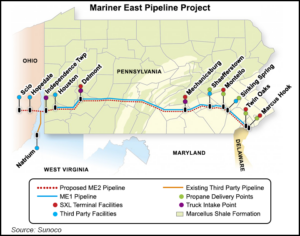