Ultra Petroleum Corp. said its 3Q2018 production exceeded the midpoint of 710-750 MMcfe/d guidance, and it has improved liquidity by completing the sale of its Utah assets.

Most of the proceeds from the $75 million Utah asset sale, with net proceeds of $69.3 million, are to go toward paying off the company’s revolving credit facility. Ultra has also moved its headquarters from Houston to the Denver suburb of Englewood, CO.

“With the completion of the Utah asset sale process and the consolidation of two offices into its long-time operational hub in Denver, Ultra is even more focused on its strategy to further reduce debt and optimize the value of its assets in Pinedale,” said interim CEO Brad Johnson. The company now has 71 employees based in Colorado and 84 employees in Wyoming.

Late last year, Ultra said it planned to sell 8,000 acres in Uintah County and divest Marcellus Shale assets. According to a Securities and Exchange Form 10-Q filed in August, subsidiary Three River Holdings LLC agreed to sell the Utah assets to an undisclosed third party. Ultra said in the filing the Utah assets produced about 2,000 boe/d in 2Q2018.

Ultra in August lowered its 2018 production guidance and said it would drop one rig to a three-rig program for the rest of the year as part of a scaled-back strategy to develop its position in Wyoming’s Pinedale Anticline.

Ultra also has entered into an exchange agreement with supporting noteholders to reduce long-term debt by about $250 million and extend the maturity of about $560 million of debt to mid-2024 from 2022.

“The combination of premier assets, a focused team, an improved capital structure after the exchange agreement, and stronger commodity prices are all contributing to a significantly improving outlook for the company,” Johnson said.

Ultra plans to discuss its third quarter results on Nov. 8. 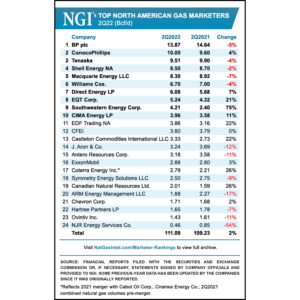