Long-time Lower 48 natural gas producer Ultra Petroleum Corp. has emerged from Chapter 11 with a new name and as a private operator, still focused on Wyoming prospects. 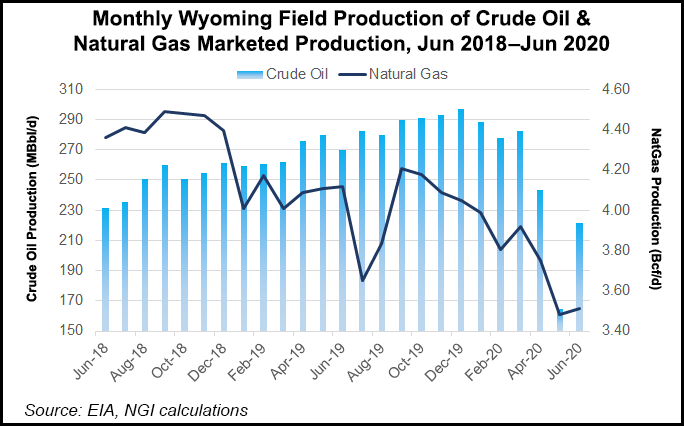 The Englewood, CO-based producer in May filed for Chapter 11 protection for the second time in four years to eliminate debt exacerbated by low prices and stinging demand destruction from Covid-19. Many U.S. operators have succumbed to restructuring amid the coronavirus, with more expected to do so by year’s end.

The U.S. Bankruptcy Court for the Southern District of Texas confirmed the restructuring plan, allowing the company to escape Chapter 11. With the approval, UP Energy Corp. exited the process as the “ultimate parent entity and as a private company.”

UP Energy has since converted from a Delaware-based corporation to a limited liability company and changed its name to UP Energy LLC. Ultra Petroleum was “dissolved in connection with the emergence process,” management noted.

“We are excited about the future,” said CEO Brad Johnson. “With a pristine balance sheet and a large-scale, low-decline asset base that generates cash flow, the company is well positioned to effectively manage future commodity cycles and opportunistically pursue acquisitions that enhance our large proved developed producing reserve base.”

UP Energy expects to continue to focus on its “long-life natural gas reserves in the Pinedale and Jonah fields of Wyoming’s Green River Basin,” management said. The company controls more than 83,000 net acres in and around the prolific fields.

With the financial restructuring, about $2 billion in debt was eliminated. The company also has a revolving credit facility with a $60 million commitment and an initial borrowing base of $100 million.

A new board of managers also has been appointed. As a private operator, the company noted it is no longer obligated to file reports with the Securities and Exchange Commission.