The UK government has unveiled an ambitious strategy to reach net-zero greenhouse gas emissions by 2050 that would significantly curb reliance on oil and natural gas without phasing them out completely. 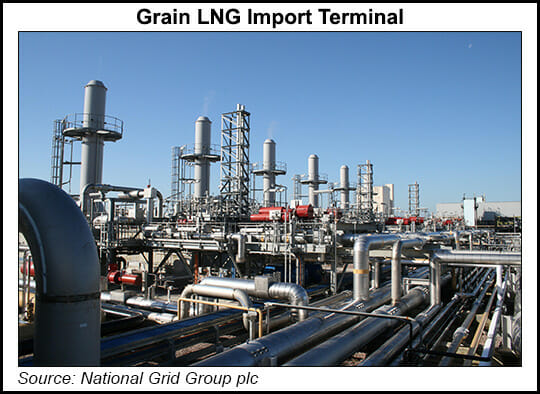 The nearly 400-page plan details policies and proposals that build on a “Ten Point Plan” released last year by Prime Minister Boris Johnson. The proposal comes a few weeks ahead of a key climate conference in Glasgow, Scotland and “will very likely pressure other developed countries to raise their own climate ambitions,” said analysts at Evercore ISI.

The “Build Back Greener” roadmap would decarbonize the power system so that by 2035 all of the UK’s electricity would come from low carbon sources, “subject to security of supply.” The policies would accelerate renewable energy development, deliver 40 GW of offshore wind and establish 5 GW of low carbon hydrogen production capacity by 2030.

“Removing dirty fossil fuels from the global economy will lead to the creation of vast new global industries from offshore wind to electric vehicles and carbon capture and storage,” Johnson said in the foreword of the plan.

His government estimates that the policies could generate more than $100 billion of private funding and create about 500,000 jobs by 2030. Funding pledges included in the plan surpass $6 billion, including money for consumers.

When Would Gasoline-Fueled Vehicles Be Banned?

The strategy calls for ending the sale of gasoline and diesel cars and vans by 2035 and phasing out natural gas boilers over the same time to be replaced with cost-effective alternatives like heat pumps and “hydrogen-ready” systems.”

Domestic oil and gas production has declined across Europe, leaving the region more dependent on imports. Last year, nearly 30% of energy used in the UK was imported, down sharply because of the Covid-19 pandemic, according to the Department of Business, Energy & Industrial Strategy.

Even still, 47% of the natural gas consumed by the country and 47% of its coal was imported last year. Natural gas accounted for nearly 42% of the nation’s overall energy consumption in 2020, the department said.

Natural gas prices have spiked to record levels across the world this year. The rally has been caused by a variety of factors including a supply shortage, weather, shipping bottlenecks, and inadequate storage inventories, among other things. Europe has been particularly hard hit, where aggressive climate and energy policies have been partly blamed for the run up in prices. As more fossil fuel-burning and nuclear power plants have been retired in favor of renewable facilities, the ability to utilize a wider variety of fuels on the continent has been limited amid the supply crunch.

Johnson said part of the plan is aimed at reducing “our vulnerability to sudden price rises caused by fluctuating international fossil fuel markets.”

While the UK is aiming to phase out coal power by 2024, its net-zero strategy does not call for ending the use of oil and natural gas.

Oil & Gas UK, a trade group, supports the country’s net-zero goal. It has said the production, transport and processing of oil and gas account for about 5% of national emissions. Earlier this year, the industry and UK government agreed to the North Sea Transition Deal to accelerate the energy transition by leveraging the sector’s experience.

The new climate strategy calls for regulating the oil and gas sector in a way that better minimizes carbon emissions by empowering the government to assess operators’ plans to cut pollutants with a “net zero test.”

Make UK CEO Stephen Phipson also signaled support for the strategy. He said plans for hydrogen clusters in Britain’s industrial heartlands and goals to boost the number of electric vehicles would help the manufacturing sector.

The Labour Party’s Ed Miliband said the plan fell short and is long overdue. Underfunding, he said, remains a concern, and the government has yet to complete a full economic analysis of its implementation.