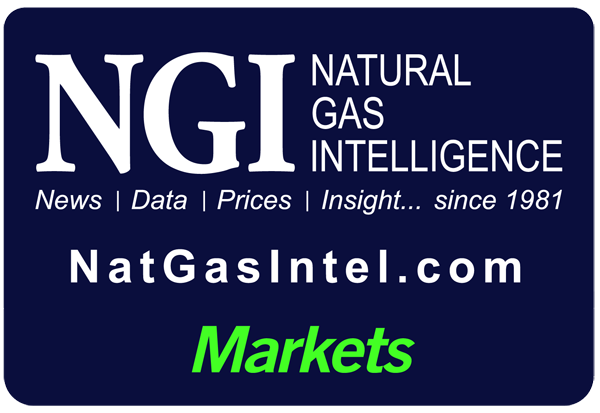 May Nymex futures soared 32.0 cents to settle at $6.032 Tuesday, with the market showing little of the trepidation that saw prices stagnate a day earlier.

Breaking through this resistance band would place the next upside target at $6.466, ICAP analyst Brian LaRose told clients.

Bullish sentiment Tuesday derived from “the same general narrative of the past several weeks,” according to NatGasWeather.

An enduring storage deficit versus the five-year average, one that is likely to persist “into the foreseeable future,” contributes to a “relatively bullish background state,” the firm said. Traders Tuesday also appeared to be factoring in expectations for a hotter-than-normal summer, as well as high inflation and continued geopolitical tensions from the war in Ukraine, NatGasWeather added.

“It’s difficult to know how high natural gas prices go or if sellers will step in soon, but we continue to caution natural gas prices tend to extend higher than many expect, suggesting there could still be room to run,” NatGasWeather said. “To our view, production would need to increase by at least 2-3 Bcf/d to give bears fodder to counter relatively tight U.S. supplies.”

O Production, Where Art Thou?

“Dry gas production pushed notably higher over the past three weeks, but pipeline flow monitors are oscillating wildly in estimations for early April flows,” Rubin said. “While any drop could vanish with late-cycle revisions, an early-cycle loss” to the tune of around 1.5 Bcf/d day/day contributed to early futures momentum.

Those hoping recent market signals will incentivize a major shift from producers to alleviate upward price pressure may end up disappointed, at least for now.

Despite the soaring commodity prices, exploration and production (E&P) companies appear to be sticking to their existing strategy of maintenance-level investment, according to analysis from RBN Energy LLC. The 40-plus E&Ps tracked by the firm have outlined plans in 2022 to raise capital spending by 23% and increase production by 8%.

However, “the real gains will be significantly smaller,” according to RBN analyst Nick Cacchione.

Looking in particular at the gas-weighted E&Ps tracked by RBN, operators are projecting a 32% increase in capital expenditures to $8.8 billion this year.

“This level of capital investment is still one-third below the 2018 high and 56% lower than in 2014,” Cacchione said.

These gas-weighted E&Ps are expected to grow oil and gas production by 10% to 1.7 billion boe this year, reflecting projected increases among six companies out of an 11-company peer group. Three others are expected to keep output flat and two are anticipating declining production, RBN estimates show.

“Acquisitions are driving the increases in investment and output in the gas-weighted group,” Cacchione said.

Overall, it’s tempting to think that “E&Ps might be drifting away from their conservative investment strategies” given higher commodity prices. However, after closer examination “it becomes clear that much of the increase in capital spending reflects cost inflation, and some of the rest is tied to either rebuilding drilled but uncompleted well inventories or to developing newly acquired assets,” Cacchione said.

After factoring in acquired assets, the outlook for production growth among the E&Ps RBN tracks becomes “much less optimistic,” the analyst added.

Physical prices appeared to draw inspiration from the bullish movement in the futures market, with broad-based shoulder season gains of around 30 cents. Spot price trends generally mirrored the rally in day-ahead Henry Hub, where prices rose 30.0 cents to $5.955 in Tuesday’s trading.

A number of Rockies locations, meanwhile, posted somewhat higher day/day gains ahead of cooler temperatures expected to arrive in the six- to 10-day time frame. From Sunday into early next week, Maxar’s Weather Desk was predicting cooler conditions over the western Lower 48.

The period will bring a change in the pattern “as the nearer term heat in the Southwest gives way to cooler themes,” the forecaster said. “This comes as a trough deepens over the region, bringing a round of below to much below normal temperatures.”

Burbank, CA, was on track to see highs in triple digits on day four give way to highs in the 60s by days seven through nine, according to Maxar.

“The forecast is additionally cooler from the Rockies to the North-Central, as the trough expands eastward during the latter stages,” the forecaster said.

Meanwhile, in West Texas, negative basis differentials widened on the day as gains lagged behind much of the rest of the Lower 48. Waha added 17.0 cents to average $5.345, while El Paso Permian climbed 14.0 cents to $5.330.