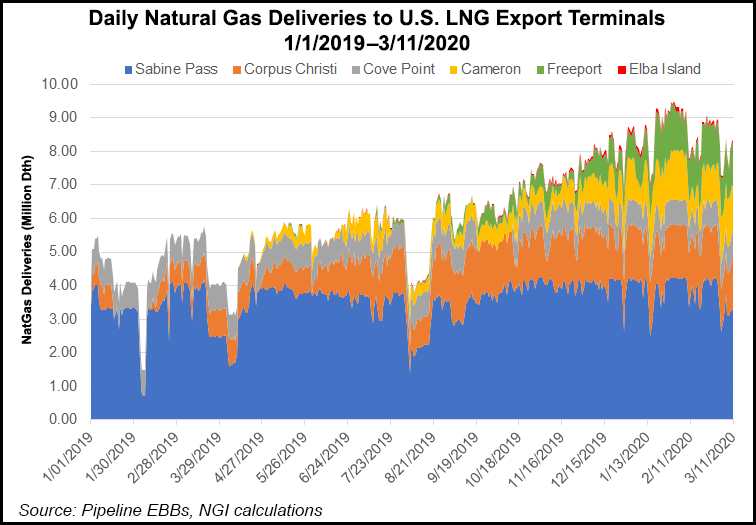 Last Friday, Russia scrapped a proposal by the Organization of the Petroleum Exporting Countries (OPEC) for members and allies to reduce oil output through the rest of the year, beyond a voluntary deadline of March 30, with additional reductions through June. After Russia balked, Saudi Arabia Oil Co., aka Aramco, cut prices and launched a price war. Other OPEC members have since agreed to increase production, putting more pressure on prices.

“The No. 1 target in Russia’s crosshairs is the U.S. shale industry,” Yergin said in a Wall Street Journal column. “John D. Rockefeller in the 19th century described this kind of battle as ”good sweating’ — low prices that put pressure on competitors. The term takes on added meaning now. The sweating in the market, as in a growing number of sick people, is a symptom of the new coronavirus.”

IHS Markit estimated that in 1Q2020, global demand declined by 3.8 million b/d from a year earlier, which is more than during the 2008 financial crisis.

Russia and Saudi-led OPEC last year were seen as having a “growing relationship” as oil producers, Yergin said. Relations have since cooled.

“The two countries have a fundamentally different view of the growth in U.S. shale oil production,” Yergin noted. “Saudi Arabia has largely accommodated itself to the idea that American shale is here to stay. Not Russia. Moscow has asked why it should restrain its oil output and surrender market share to its strategic competitor, the U.S.”

“Russia may be an energy superpower, but it has been overtaken by America, which produces more oil and more gas, and considerably more oil than Saudi Arabia,” Yergin said. “The U.S. is also on the way to becoming one of the world’s major exporters of natural gas, in its liquefied form. That provided another reason for Moscow to promote the ”good sweating’ to stem U.S. production.”

Disarray in the markets also may serve as payback, Yergin said, for sanctions imposed by the United States on Russia for the Nord Stream 2 pipeline, which would move Russian natural gas to Germany.

“One can surmise that Moscow interpreted the sanctions not as punishment for invading Ukraine or interfering in the 2016 U.S. presidential election, but as a way to favor U.S. natural gas exports to Europe,” Yergin said. “Support for that theory came from President Trump,” who last summer said Europe would be buying “vast amounts” of U.S. liquefied natural gas (LNG). “He signed the sanctions bill a few months later. Moscow didn’t think this was a coincidence.”

“Companies will reduce or stop drilling. Some will go bankrupt or merge, and U.S. production will flatten out or, if prices stay down, decline. For how long? That will depend on how long the virus continues to attack the health of the world economy.”

Meanwhile, Permian Basin pure-play Matador Resources Co. on Wednesday joined a growing number of U.S.-based operators in announcing plans to cut back spending and activity in the wake of the price war and the decline in demand.

The Dallas-based independent is halving its rig count to three by the end of June. It also continues to pursue sales of some noncore assets and consider a joint venture or sale involving Permian Delaware mineral interests. In addition, the executive team is taking a big pay cut.

“As we navigate this abrupt change in oil prices, our first priority is to protect our balance sheet and to position ourselves for the long run,” CEO Joseph Wm. Foran said. “While we believe these are the appropriate steps to take at this time, we stand prepared to take additional actions, if necessary, to conserve cash and reduce spending.”