North America’s growing shale gas plays were the key determinant in pushing global liquefied natural gas (LNG) supply away from American shores. But now the gravity of the shale gas bubble is so strong it could pull in empty tankers to take American gas away to Asian, European and other markets.

Export of liquefied U.S. gas would have been all but unthinkable only a few years ago; now it very well might happen. Freeport LNG and Macquarie Energy recently said they will develop export capability on the site of Freeport’s existing import terminal in Texas. Macquarie Energy is the North American energy marketing and trading arm of Australia’s Macquarie Group. The proposal is the second LNG export idea floated this year, and there could be more.

The facilities that would be constructed at the terminal site on Quintana Island in Brazoria County, TX, would be able to export 1.4 Bcf/d by 2015 and are expected to cost about $2 billion. The import terminal’s existing customers — Dow Chemical, ConocoPhillips and Mitsubishi — would be offered half of the export capacity while the other half would be marketed by Macquarie and Freeport.

“I think each and every contract will be bespoke and we’re happy to tailor the contract to the needs of the individual counterparty,” O’Kane told NGI.

To the extent that Freeport’s existing customers choose not to contract for liquefaction capacity, the entire capacity will be jointly marketed. Freeport LNG will lead development of the new facilities, including obtaining governmental approvals, and will be the owner and operator of the facility. Macquarie will take the lead in all upstream and downstream arrangements. Macquarie is contributing towards the development costs of the project and the two companies will share in the upside from the marketing effort.

Nearly all of the capacity is expected to be sold under long-term contracts of 20 years or more in order to secure project financing, Freeport LNG CEO Michael Smith told NGI. He said it had not been determined what portion of capacity would be held for spot transactions, but it likely wouldn’t be more than 10-20%. “We’re kind of a conservative company and we would look to sell 80-90% of it on a long-term basis.”

The Freeport import terminal began commercial operations in June 2008 with capacity to unload and vaporize approximately 2 Bcf/d (gas equivalent) of LNG; 1.65 Bcf/d of the terminal’s import capacity is sold under long-term terminal use agreements. However, due to low natural gas prices in the U.S. relative to global LNG markets, all Gulf Coast LNG import terminals have seen significant underutilization, Macquarie said. “While forecasts that natural gas prices will remain relatively low in the U.S. do not bode well for import terminals, the price differential has opened up an opportunity to make the U.S. a leading exporter of natural gas,” the firm said.

“The terminal is located in one of the largest gas producing regions in the world, is near two large natural gas trading hubs — the Houston Ship Channel and Katy Hub — and has access to the extensive U.S. pipeline network,” O’Kane said. “Additionally, with the anticipated opening of the Panama Canal to LNG ships in 2014, cargoes being exported out of Freeport will have shorter access into Asia, making it easier to meet regional demand.”

The majority of global LNG demand growth is expected to be driven by Asia, with other emerging markets further underpinning growth. The Freeport project would target Asian markets but also others, O’Kane said. Smith said he thinks there is enough Asian demand to take all of the project’s capacity but the companies may choose to diversify the customer mix. “We do believe that there is European demand, and we have a number of meetings set up in Barcelona next week during the large LNG conference there, but so far all of our main meetings have been in Asia.”

Back home the project has already garnered interest from Lower 48 producers, Smith said, “a lot,” in fact. “If they can access an oil-linked pricing formula for their gas, there’s a lot of interest there…I know there’s been a number [of producers] that have contacted our marketing department for the past few months, and we told them we were just studying it.”

O’Kane said the project gives Macquarie “a significant opportunity to participate in a market that has historically been closed to all but the major oil and gas companies. It is easy to get excited about the overall potential of the project.”

The proposed facility includes four liquefaction trains, each with approximately 330 MMcf/d of capacity. The existing infrastructure at the Freeport terminal, combined with Freeport’s plan to use medium-size liquefaction trains, will enable a quicker commercial development, the companies said. A single train of capacity is an economically viable project, and additional liquefaction capacity can be added in manageable increments in response to market demand.

“This isn’t an agreement to agree. This is a fully detailed arrangement whereby Macquarie is making a very significant commitment of money and resources,” Smith said. “These arrangements allow us to develop the liquefaction project faster and offer contractual arrangements to potential customers, which Freeport LNG could not have done alone.”

Smith said there is more than enough demand for liquefied U.S. gas in the world to support both the Cheniere project and the Macquarie-Freeport venture. “I think the market could support another few terminals,” he said. “The question is, economically, what would be viable.”

Of the 10 U.S. regasification terminals, six are located in the Gulf Coast region and only two besides Freeport and Cheniere’s terminal are likely candidates for liquefaction, according to Smith. They are the Trunkline LNG terminal at Lake Charles, LA, and Sempra’s Cameron LNG terminal in Hackberry, LA. “That’s about all that could be done,” Smith said. “Both Cameron and Lake Charles would be seriously challenged on available land next to their plants to be able to do it, so it may just be Cheniere and Freeport are the only ones that are able to do it.”

As for the proposed Kitimat LNG liquefaction and export terminal proposed for British Columbia (see Daily GPI, May 26), it’s too far away to have any influence on what’s proposed for the Gulf Coast, Smith said, and as a greenfield facility rather than a liquefaction bolt-on to a regasification terminal, it will be significantly more expensive than the Gulf projects.

Macquarie and Freeport expect to file for an export license with the Department of Energy in December and shortly thereafter start the approval process with the Federal Energy Regulatory Commission (FERC).

“Freeport LNG has an existing FERC authorization to construct an expansion of the import terminal, and a portion of the liquefaction project is under that authorization,” said Freeport LNG President Charles Reimer. “The project will be located entirely within the footprint of our existing plant. We will still go through the entire review and approval process for the new facilities, but having an existing permit gives us a high level of confidence that the required approvals will be obtained in due course. We’ve been through the FERC process three times now and, while rigorous and thorough, it is a fair and necessary process.”

The government approval process is expected to take around two years, leading to an early 2015 start-up.

Nearly one year ago Freeport received its first tanker to pick up previously imported LNG and reexport it (see Daily GPI, Dec. 14, 2009). 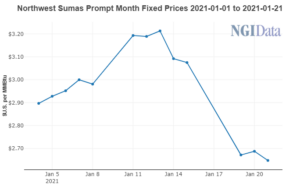