A small decline in the oil patch and a small gain in natural gas-directed drilling left the combined U.S. rig count unchanged at 470 during the week ended Friday (June 25), according to the latest figures from oilfield services provider Baker Hughes Co. (BKR). 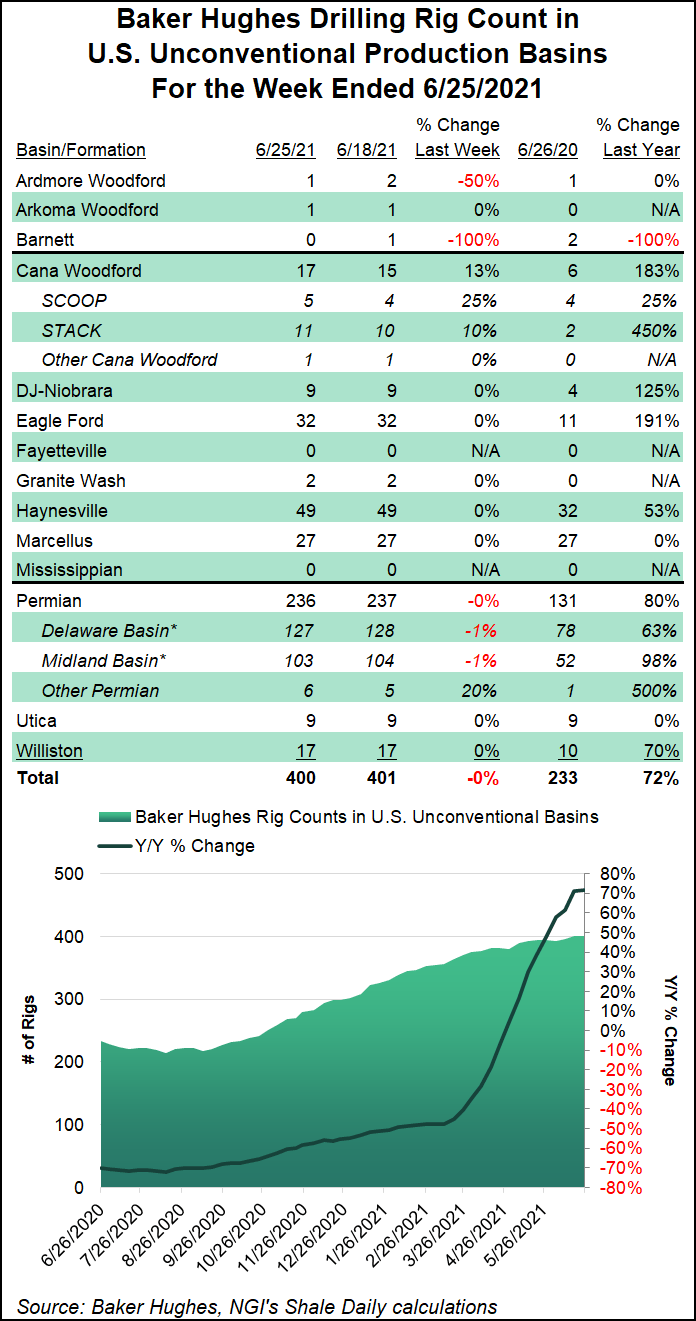 One natural gas rig was added and one oil rig exited the patch in the United States during the week. The 470 active rigs as of Friday represents a sharp increase from the 265 rigs running in the year-ago period, according to the BKR numbers, which are based partly on data from Enverus.

While the U.S. count held flat week/week, more than 100 rigs have been added domestically since the start of the year amid continued recovery from the drilling lows observed during the height of the Covid-19 pandemic, BKR data show.

The Gulf of Mexico added a rig for the week to end with 14, up from 11 a year ago. Five directional rigs were added in the United States, while four horizontal rigs and one vertical rig exited the patch.

The Canadian rig count surged nine units higher to reach 126, up from 13 in the year-earlier period. Gains there included eight oil-directed rigs and one natural gas-directed.

Broken down by major play, the Cana Woodford saw a net gain of two rigs week/week, while the Ardmore Woodford, Barnett Shale and Permian Basin each dropped one rig from their respective totals.

Broken down by state, Alaska saw a net gain of one rig for the week, while California saw a net loss of one rig overall, the BKR data show.

Oil and natural gas executives working in northern Louisiana, southern New Mexico and across the state of Texas are optimistic that commodity prices will continue to climb this year, along with activity, according to a recent survey by the Federal Reserve Bank of Dallas.