The count of drilling rigs active in the United States plummeted again for the week ending Feb. 5. The U.S. total declined by 48 units to end at 571, which is just under 40% of where it was one year ago when the count was 1,456. 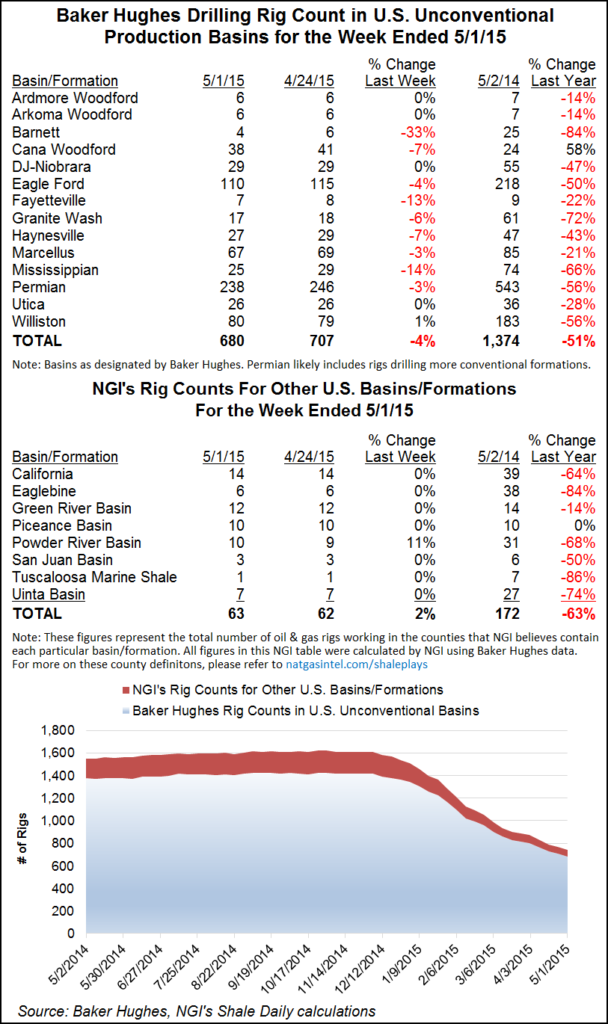 Nearly twice as many U.S. oil-directed rigs were lost (31) as gas-directed rigs (17). Twenty-nine of the U.S. departures were horizontal units, while 14 verticals were lost, joined by five directionals. One unit returned in the “inland waters” category, but 47 land units and two offshore rigs were lost in the United States.

The current count is more of the same as seen in the previous week when 18 U.S. rigs left (see Shale Daily, Jan. 29) — and then some.

Again, Texas was the hardest hit among states. But in the current count it dropped 19 rigs, six more than in the previous week. However, Baker Hughes data shows the Permian Basin only losing two rigs this time and the Barnett actually adding one. The Eagle Ford Shale only dropped four rigs. The prior count had 17 rigs departing from just the Permian.

By now the Texas taxman has become aware of the rig count decline; state revenues from the industry are falling, and Texas energy interests are reminding the rest of the state how important their contribution is to its economic health (see Daily GPI, Feb. 2).

As everyone knows by now, a plummeting rig count means many things to many people — particularly to those losing jobs. One thing a plummeting count does not mean is plummeting production.

“Producers should continue to work through the drilled but uncompleted well backlog in 2016, keeping production above what is implied by the decline in the rig count,” Barclays analysts said in a note published Monday (Feb. 1).

Unlike the United States, Canada added 11 rigs in the latest count to end at 242. Five oil-directed and six gas-directed units rejoined the Canadian force. Gains were seen in Alberta, British Columbia and Saskatchewan.