A week after the Gulf of Mexico (GOM) saw its rig count flatline, a partial recovery in offshore activity helped lift the overall U.S. drilling tally six units higher to 503 as of Friday, according to the latest data from Baker Hughes Co. (BKR). 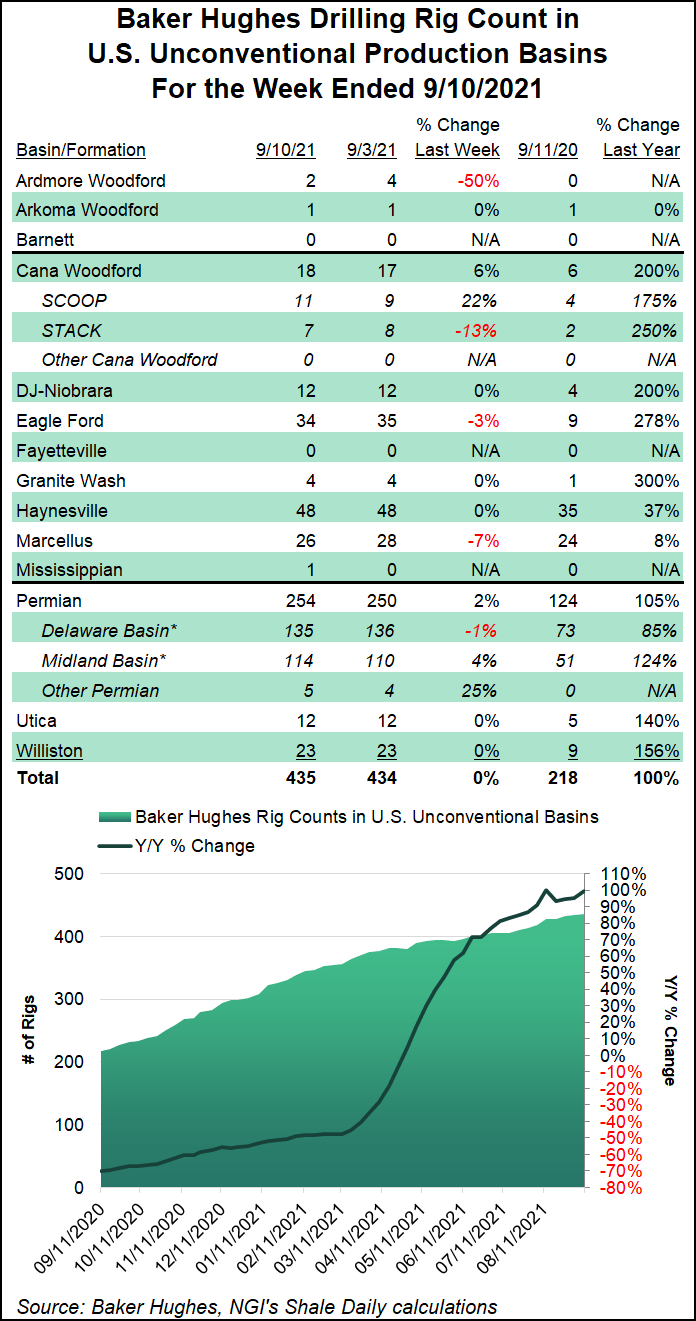 Seven oil-directed rigs were added in the United States for the week, partially offset by a one-rig decrease in natural gas-directed drilling. Total GOM rigs rose to four overall from zero in the week-earlier period, while two rigs were added on land. The combined 503 active U.S. rigs as of Friday compares with 254 rigs running in the year-ago period, according to the BKR data, which is based in part on data provided by Enverus.

The Canadian rig count slid nine units to 143, including declines of five oil-directed rigs and four natural gas-directed. Canada still ended the week 91 rigs ahead of its year-ago total of 52.

Broken down by play, the Permian Basin turned in a strong week of growth, picking up four rigs to bring its tally to 254. That’s more than double the 124 rigs running there in the year-ago period.

Elsewhere among plays, the Ardmore Woodford and Marcellus Shale each dropped two rigs from their respective totals. One rig was added in the Mississippian Lime, while one exited the Eagle Ford Shale, according to the BKR data.

Broken down by state, Louisiana led with a net increase of four rigs week/week, followed by Texas, which added three for the period. Utah added one rig, while Pennsylvania saw two rigs exit.

According to recent analysis from Evercore ISI, U.S. drilling permit activity slumped across the major Lower 48 basins in August, up sharply from a year ago but down from 2019 levels.

The Permian saw permit activity decline by 28% month/month, down by 288 permits. Eagle Ford Shale permitting was off 38% from July, down by 107. In the Powder River Basin, permitting fell by 17%, or by 101 permits. Marcellus permitting declined by 30% from July, with 80 fewer permits requested.