A return to robust natural gas production growth from the Other States category — home to several shale-rich states — wasn’t enough to keep the U.S. production total from decreasing to 85.02 Bcf/d in February, down 0.18 Bcf/d compared with 85.20 Bcf/d in January, according to the Energy Information Administration (EIA). 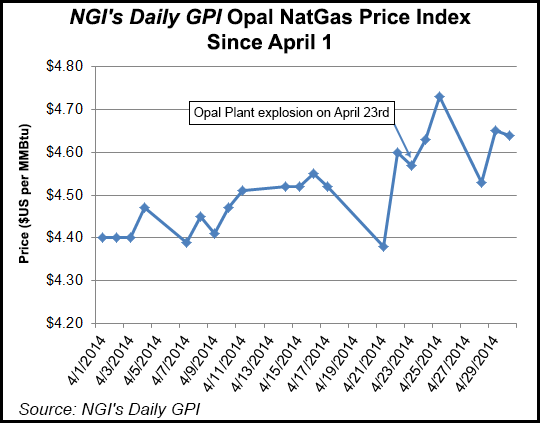 The Other States category, which includes the Marcellus and Utica shales, had 29.38 Bcf/d in February, up 0.60 Bcf/d (2.1%) from the previous month, according to data compiled in EIA’s Monthly Natural Gas Gross Production Report. That was the largest volumetric increase in the report and was due primarily to new wells coming online in the Marcellus and improved weather conditions, EIA said. The Other States category had declined in the previous report for only the third time since February 2013.

EIA’s report “suggests that with the exception of ‘Other States,’ little progress was made on recovering production from freeze-offs during February, said Barclays analysts Biliana Pehlivanova and Shiyang Wang in a note Wednesday. They expect natural gas production this year “to exhibit accelerated growth” compared with 2013 levels.

“While we expect the effect of freeze-offs to extend into March, the next production report should show significant recovery to production from February levels. Pipeline flow data indicate that during March, production recovered to the highs of last November.”