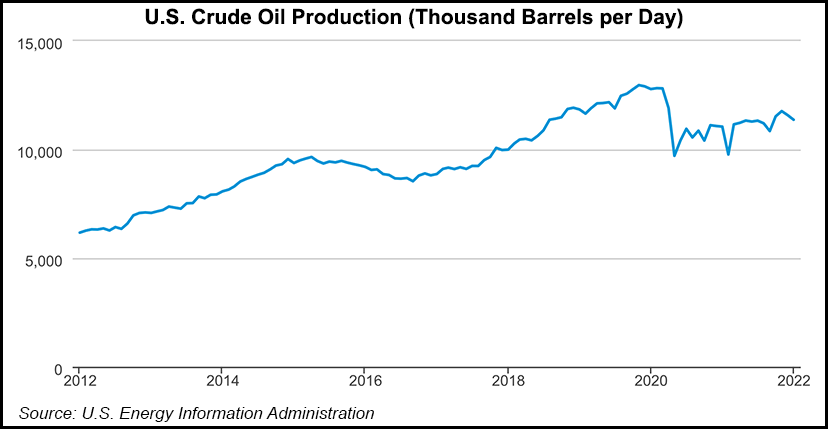 The Biden administration recently launched a 1 million b/d drawdown of crude from the U.S. Strategic Petroleum Reserve (SPR) over 180 days in an effort to boost U.S. oil supplies and reduce fuel prices at the pump.

Rystad Energy said the SPR release has already contributed to a decline in oil prices, but the consultancy added that it expects relative relief for consumers to be temporary.

“This historically large SPR release is the right decision in the current crisis and consumers should feel the benefit soon, but it only solves half the problem,” he said.

He added, however, that the “all-time record production number is 13.1 million in March 2020.”

Yawger said the crude oil price “violated the 50 day moving average on Friday for the first time since January 4 but has not been able to leave the measure in the rear view mirror.”