Mexico is expected to see record imports of piped natural gas from the United States this summer as the economy recovers from the impacts of the coronavirus. 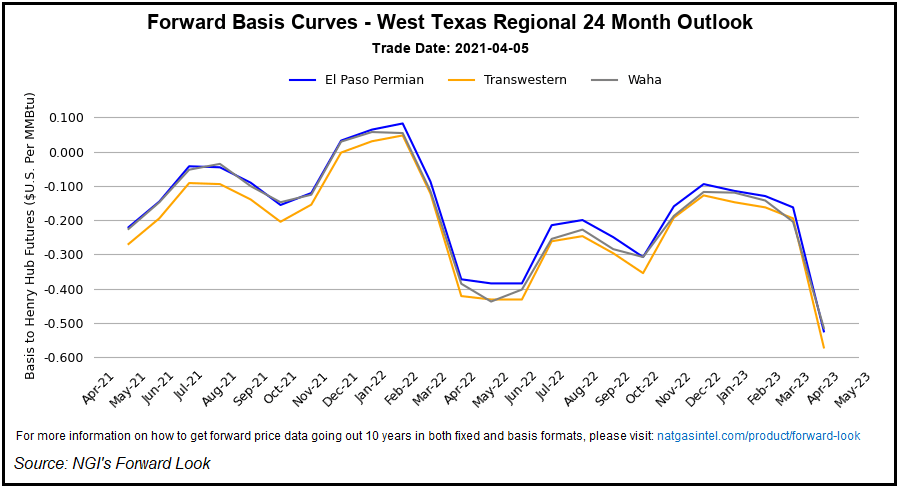 “The states of Veracruz and Tamaulipas. which account for 32%, or around 3.3 Bcf/d, of demand on Sistrangas. have lifted all lockdown measures from March 29, with all normal activities allowed and schools reopening,” Energy Aspects said. “Mexican domestic gas production also continues to underperform, further supporting the need for pipeline imports to backfill demand.”

Pemex supplied 3.6 Bcf/d of the total, versus 3.61 Bcf/d in the year-ago month. Pemex consumes a portion of its gas production, explaining the discrepancy between total output and the amount produced from its processing centers.

Last year, Mexican natural gas demand was hit hard by the economic impacts of the coronavirus, falling substantially between April and July, according to the U.S. Energy Information Administration (EIA). Gas consumption in Mexico averaged 8.2 Bcf/d during the period, down 5% or 500 MMcf/d from the same span in 2019, EIA said.

The Energy Aspects analysts expect peak summer exports from the United States to Mexico this year to average 6.4-6.6 Bcf/d. Their summer outlook is 0.1 Bcf/d lower than a projection last month following EIA data that showed flows were lower than indicated by daily data.

“We have previously highlighted this and pegged the discrepancy at 0.2-0.3 Bcf/d, but EIA pipeline exports to Mexico undercut daily flow data by as much as 0.5 Bcf/d in November-December 2020,” Energy Aspects said.

He said since the mid-February Texas winter storm that sent natural gas prices skyrocketing, leading the Sistrangas and some private pipelines in Mexico to declare critical alerts, imports from the United States have rebounded to average 5.8 Bcf/d.

As is typical, natural gas demand in Mexico dropped at the start of April because of lower economic activity around Semana Santa, or Easter week, along with planned maintenance rounds at different pipes along the border. “But a new rebound is likely as we move forward into the hot season,” he said.

The International Monetary Fund on Tuesday said it expects Mexico’s economy to grow by 5% this year, after contracting 8% in 2020. New infrastructure has also come online since last year, improving the overall pipeline supply picture.

Waha gas should also see greater access in the Mexico market with the February commercial startup of Grupo Carso’s 472 MMcf/d Samalayuca-Sásabe pipeline. Energy Aspects analysts, however, expect the pipeline “will be mostly underutilized because of a lack of connections to new sources of demand.”